0
Share
The Archbishop of Canterbury, Justin Welby, visited on Sunday a number of Christian and Muslim leaders in Cairo, including the Grand Mufti Shawky Allam, Grand Shiekh of al-Azhar Ahmed al-Tayeb and Pope Tawadrous II of the Coptic Orthodox Church.
The meetings come as part of his four-day visit to Egypt, where he inaugurated a new province for the Anglican church in a ceremony held on Friday.
During his meeting with Allam, Welby said that both Christianity and Islam face a common challenge in understanding religious texts, adding that some rhetoric violates the teachings of the church.
“It is normal to talk, discuss and disagree and still be friends,” he said. “But some groups start with violence and carry arms and they use religious texts to justify that.”
He reiterated the need for religious leaders who can confront violence and extremism.
Meanwhile, Allam said that all religions call for peace, diversity, and acceptance of others, but intellectual challenges are yet to be addressed.
“Some religious followers understood religious text outside the context of its true meaning,” he said.
In his meeting with al-Tayeb, Welby hailed his leadership of al-Azhar institution amid a difficult time in Egypt and the Islamic world. Welby said he hopes to strengthen co-operation between the Anglican church’s newly established province and the leading Islamic institution.
Tayeb, meanwhile, welcomed Welby, calling him “a dear brother”. He added that al-Azhar runs an important program to train Muslim Imams from all over the world to study pressing issues, including the relationship between Muslims and the other, citizens, peace, and positive integration.
And in his visit to the Coptic Orthodox Church, Welby said he felt a strong spiritual atmosphere upon visiting and praying at Saint Macarius Monastery in Wadi Natrun.
Welby reiterated his plea to the Ethiopian government to ensure that the Renaissance Dam will not threaten its neighbors.
Pope Tawadrous II, meanwhile, stressed his church’s spiritual than social role, adding that dialogue between churches opens hearts and minds. 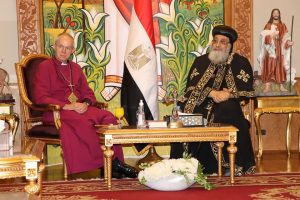 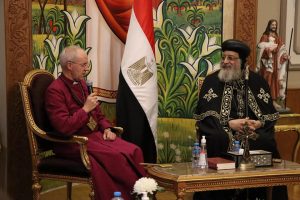 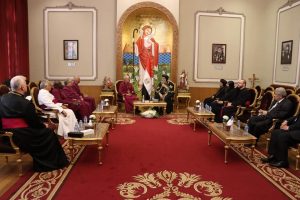 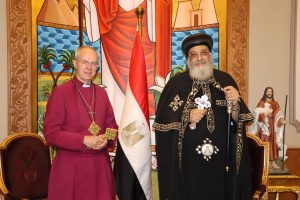 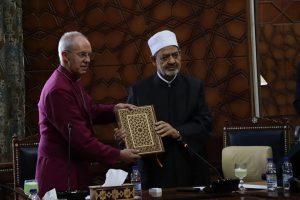 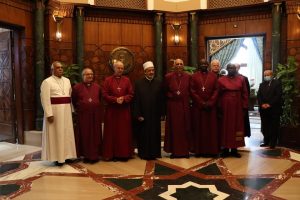 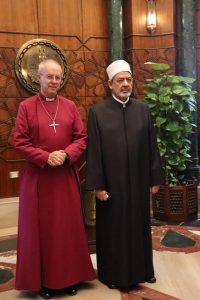 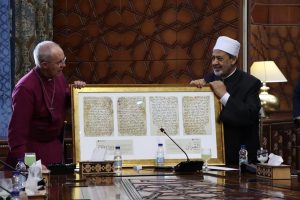 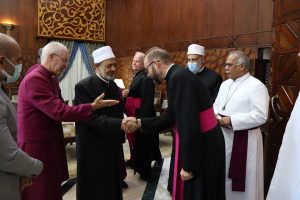 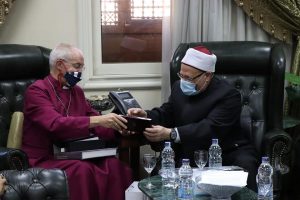 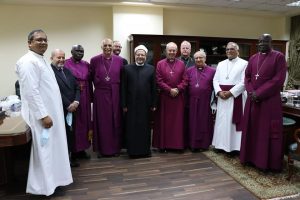 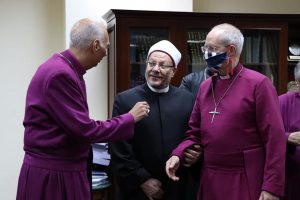 At the end of his visit to Cairo