Together we develop Egypt project, the activity is supplemented by a youth sports day in Minya

Together we develop  Egypt project continued its activities in Minya Governorate with a sports day for young boys and girls from different levels of education at the Al-Bayho Youth Center affiliated to the Samalout Center, in partnership with the Directorate of Youth and Sports in Minya and the Agyal Foundation for Development.

The Episcopal/Anglican Church that sponsors the project stated in a statement: The day began at nine in the morning with the presence of the Agyal Foundation team, as the team organized a sports camp in which the children were divided into small groups and a leader from the Agyal Foundation was responsible for them and they participated in the games that ended with the implementation of a project designed from environmental materials for each group Show children

Ramez Bekhit, head of the interfaith Dialogue Committee of the Episcopal/Anglican Church, said: We were keen to apply precautionary measures to prevent the Corona pandemic, by dividing young people into small groups and in an open space, while providing masks for the attendees and continuous sterilization.

Hisham Maghrabi, head of the local council and the club’s board of directors, participated in the day.

The project is being held under the auspices of the Province of the Episcopal/Anglican Church in Egypt, North Africa and the Horn of Africa and the Misr El-Kheir Foundation.

To be included in the project a group of initiatives and events in the governorates of Cairo, Alexandria, Minya and the cities of Sadat and Menouf. 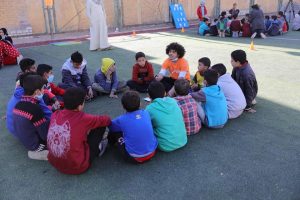 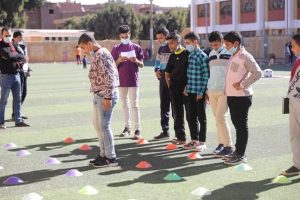