“Together for Egypt” concludes the filmmaking initiative in Alexandria

The Project Together we develop Egypt concluded the activities of the “Film Making Initiative” in Alexandria, which was held for the project’s youth, in partnership with the Episcopal/Anglican Church’s Media Center and the Youth of All Saints Church in Stanley, in the presence of Dean David Aziz and Deacon Serag Nabil, at St. Mark’s Cathedral in the Episcopal/Anglican Church in Mansheya.

The initiative included a study of the principles of scriptwriting, photography, and lighting, in addition to editing techniques and directing principles. The training was divided into a theoretical part and a practical part over six days, in which the youth produced four films that targeted issues of peaceful coexistence in society among its various sects, such as the role of society towards the blind, harassment, time-wasting, and domestic violence.

The training was conducted by the Media Center of the Episcopal/Anglican Church in Egypt, where 19 young people from the age of 22 to 30, including the blind, participated.

Ramez Bekhit, the project supervisor, also gave a lecture on coexistence, entitled “It is not me, you, but you and me,” explaining how to coexist, renounce violence and achieve national cohesion among young people.

Rev. David Aziz, Dean of St. Mark’s Pro-Cathedral in Alexandria, praised the films that made by young people with the simplest capabilities.

Moheb Naim, head of the Media Center of the Episcopal/Anglican Church, expressed his happiness with the enthusiasm of the youth participating in the initiative, adding: You can change and lead public opinion to always positive and constructive ideas through the media industry to solve societal issues.

The day was concluded with the distribution of graduation certificates to the participants and a speech by the young Ahmed Al-Najjar (blind) about his experience for the first time in the film industry by writing the script and his ability to transform his ideas, imaginations, and stories into films to express what is inside him.

The project is scheduled to include a set of initiatives and events in the governorates of Cairo, Alexandria, Minya and the cities of Sadat and Menouf in Menoufia Governorate. 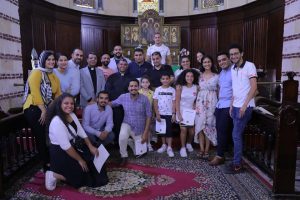 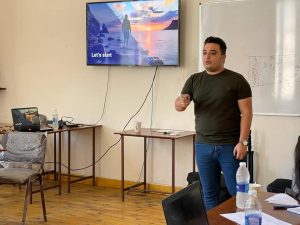 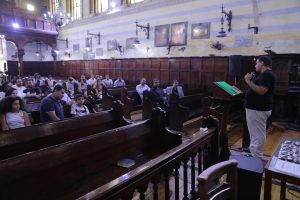 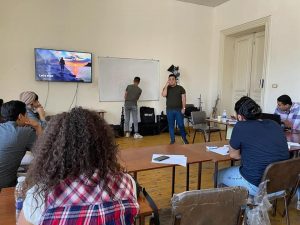 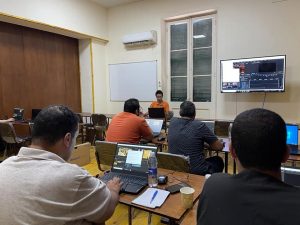 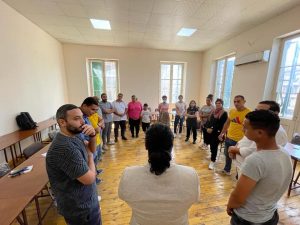 Archbishop commenting on the project Hayah Kareema “a decent life”: It will create a huge difference in the Egyptian countryside.