The Archbishop honors the participants in the filmmaking course and gives them certificates of appreciation.

Dr. Samy Fawzy, Archbishop of the Episcopal/Anglican Province of Alexandria, honored the participants in the training course organized by the Together we develop Egypt project in partnership with the Episcopal Church’s media center, after 15 young men and women received training on the principles of photography, scriptwriting, directing and editing skills over five days at the church headquarters in Zamalek.

On his behalf, Dr. Samy Fawzy, Archbishop of the Episcopal/Anglican Church, expressed his happiness and encouragement towards young people and expressed the church’s support for youth art and creativity.

During the workshop, young people produced a film about the deaf and hard of hearing to encourage an increase in the number of sign language interpreters, and a film about vagus nerve patients, in which they encouraged awareness of how to deal with people with rare diseases.

Ramez Bekhit, the project supervisor, gave a lecture on coexistence, and the closing ceremony was attended by Reverend Michael Milad, patron of the interfaith committee.

At the end of the training course, the Archbishop presented certificates of appreciation to the participants and took memorial photos with them.

The project is held under the auspices of the Episcopal/Anglican Church in Egypt, with North Africa and the Horn of Africa, and the Misr El Kheir Foundation.

The project is scheduled to include a set of initiatives and events in the governorates of Cairo, Alexandria, Minya, and the cities of Sadat and Menouf in the Menoufia Governorate. 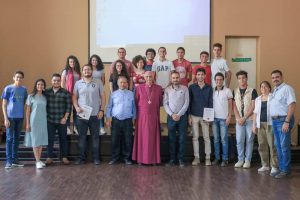 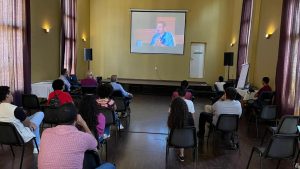 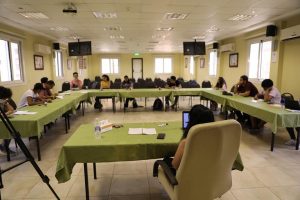 The head of the Diocese mourns Gihan Al-Sadat: Women’s leadership and a national value