The head of the Diocese mourns Gihan Al-Sadat: Women’s leadership and a national value

Dr. Samy Fawzy, Archbishop of the Episcopal/Anglican Province of Alexandria, mourned Mrs. Gihan El-Sadat, who passed away today after a struggle with illness.

Fawzy said in a statement: On behalf of the Synod and the people of the Episcopal/Anglican Church, we extend our deepest condolences to the family of the late Mrs. Gihan El-Sadat, who was rightfully the first lady of Egypt, as she supported President Sadat in times of war and peace. She was a certain good and provided a model for all women leaders

Fawzy added: Mrs. Gihan El-Sadat was not satisfied with playing the protocol role, but also contributed to many decisions to support Egyptian women, most notably the Personal Status Law in the 1980s.

The Archbishop pointed out that Mrs. Gihan El-Sadat graduated from the Episcopal School in Manial El-Rawda, and she was very proud of that in her television interviews. 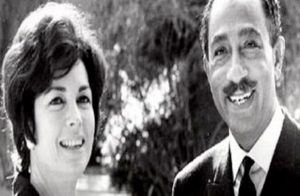