Today, Saturday, the Episcopal School in Menouf, affiliated to the Episcopal/ Anglican Church, received students returning to schools at the beginning of the new academic year with a student celebration to encourage students to study in light of the restrictions imposed by the Corona pandemic.

For his part, Magdy Abu Al-Saad, the school director, said in a statement issued today by the Episcopal/Anglican Church: We tried to reduce the burden on students and teachers amid precautionary measures and masks, and the students received a party in which we distributed gifts and pupils played with a team representing famous cartoon characters

Abu Al-Saad added: We received students of the first, fourth, and fifth grades of primary, first, second and third preparatory schools, as the hybrid education system approved by the Ministry of Education is applied to all schools.

The Episcopal School in Menouf, affiliated to the Episcopal/ Anglican Church in Egypt, continues its preparations for the start of the new school year by developing distance education tools and techniques in the implementation of the instructions of the Ministry of Education. The hybrid education system has been applied as a precautionary measure imposed by the circumstances of the Coronavirus

For his part, Magdy Abu Al-Saad, the school director, said in a statement issued by the church today: The school teachers worked to record educational videos for the fourth, fifth and sixth grades of primary school in all basic school subjects in preparation for communicating with students through the Edmodo program or using other programs and applications

Abu Al-Saad continued: A video was also recorded to welcome students in the school year that includes instructions on how to confront the Coronavirus, and we have also finished the maintenance work of school buildings and facilities.

Last month, the Episcopal School had held a meeting of the Parents, Trustees and Teachers Council, as part of its preparations for the start of the new school year, where the final precautionary measures and the rules for social distancing that the school would take during the school day were discussed, were ways to divide students, attendance and departure times, and how to implement the strengthening groups in light of danger Coronavirus, as the school put forward the idea of ​​distance education and the training that took place for teachers during the last period in preparation for the new school year 2021.

The Episcopal School was founded 135 years ago, as the Episcopal/Anglican Church had a clear goal of serving through its institutions in Egypt, by taking care of the spiritual and religious side of the human being by covering educational, health, and social needs. 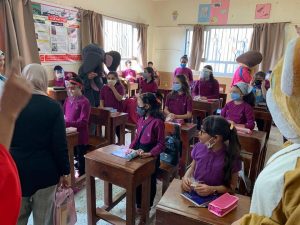 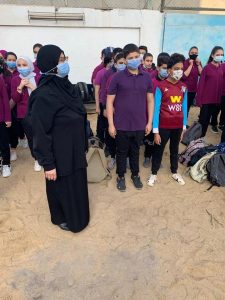 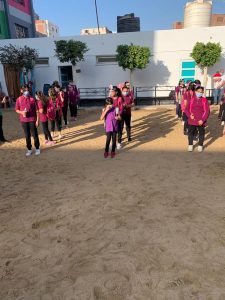