The Episcopal College of Theology is preparing to start the new academic year next Thursday, corresponding to the sixteenth of September, in Alexandria Governorate.

The school stated in an official statement: “The study begins in the School of Theology for the four years of study with a set of subjects, which are research science, writing, Christian counseling, and the book of Jeremiah.”

The college had announced the start dates for the study in the Cairo branch on the 23rd of the same month, in addition to starting in the Minya branch during the last week of September.

The college also provides listening forms for the materials presented in the first semester, by registering on the official website, where these materials are provided without the obligation to attend and taking exams, including Hebrew Language Part One, Systematic Theology Part One, Introduction to the Old Testament, Introduction to the Bible, Research Science and Contemporary Church History in addition to a group of other materials.

The college had set several conditions for admission, the most important of which is the spiritual criterion, as the applicant must be able to demonstrate a spiritual commitment, in addition to the academic criterion, which is the theological skills in writing and oral discussion in order to continue studying, and that the applicant has service standards such as leadership skills, teaching, training & care.

It is worth mentioning that the Anglican/Episcopal School of Theology was established in 2005 and its objective is to train lay ministers and candidates to be priests for the service of the Church. In addition, it’s an educational entity for theological training that is multinational and that has various locations and levels, and which belongs to the Province of Alexandria of the Episcopal/Anglican Church, and named after the ancient name of the Alexandria Theological School to revive the original name of Christian education in the First Patriarchate in Africa.

The Episcopal College of Theology (AST) is a strategic project for the Province of Alexandria of the Anglican/Episcopal Church in Egypt. The number of students enrolled in it has reached more than 130 students from diverse backgrounds studying theology in Arabic at the undergraduate level, either with a two-year diploma or a 4-year bachelor’s degree, and on-campus in Cairo, Alexandria, and Minya branches. 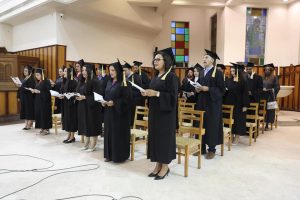 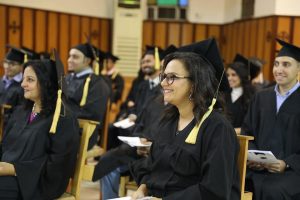 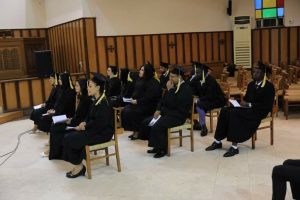 Through the prison service provided by the Church