The Episcopal/Anglican church: We are on the way to the judiciary to regain our right as an independent Church

Mouneer Hanna: We will appeal yesterday’s ruling and demand that the new documents be considered

Hanna explained: These documents were submitted by the Episcopal/Anglican Church, while the court refused to consider them based on the fact that the case had been decided before, and stressing the church’s respect for the judiciary’s rulings.

The Archbishop of the Episcopal/Anglican Church said in a statement today, Sunday: We will appeal this ruling before the Supreme Administrative Court and we will demand our right to look at the new papers that we submitted to prove that our church is not administratively and spiritually affiliated with the Evangelical community in Egypt, as has been the case for the two hundred years since the beginning of the Episcopal service. We seek to uncover the missing facts in this case while respecting the prestige of the Egyptian judicial platform

Hanna stressed: We are proceeding in the way of the judiciary in order to restore our rights as a church established in Egypt before the Evangelical sect, and we will continue to knock on the doors of the courts no matter what effort and time it costs us because it is the best way to recover our right as an independent church, pointing out that the Episcopal/Anglican Church called on the Evangelical community to sign a memorandum of understanding between the two parties to solve This dispute, but the evangelical community did not respond

The Church has been concerned with sponsoring foreign communities and supporting the Coptic Orthodox Church, especially in the field of theological education. 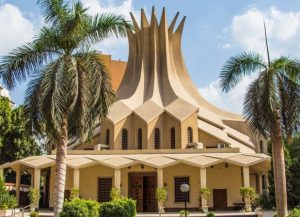 The Archbishop of the Episcopal /Anglican Church for New Graduates: Be true Disciples of Christ