Within the framework of the mission of the Dar Al Maaref Foundation to spread cultural awareness in the Egyptian society, and the spiritual message carried by the Episcopal/Anglican Church in Egypt headed by Archbishop Mouneer Hanna, and to consolidate the friendship relations between the Egyptian institutions that serve the community, A celebration was made by the signing of a cooperation protocol between the Foundation and the Episcopal/Anglican Church.

The protocol included cooperation in various cultural fields, whether printing, like the house, owns the latest equipment for the printing, cultural and electronic publishing, and internal marketing through the Dar Al Maaref libraries spread throughout the Republic, or abroad through exhibitions in which Dar Al Ma’aref participates, where the Church and the Episcopal Publishing House will be marketed. The two parties expressed their happiness with the agreement that ended months of negotiations to achieve the maximum benefit for the Egyptian cultural community. 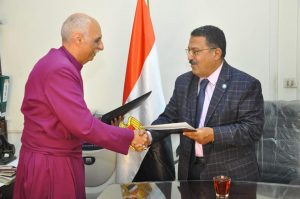 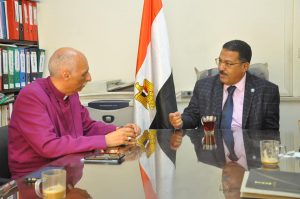 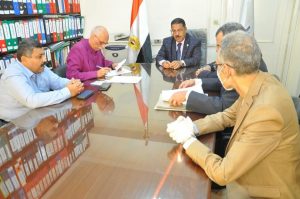 Archbishop of the Diocese of Egypt mourning His Royal Highness Prince Philip: He provided an example of commitment to the service of the Crown and the Church