The Episcopal/Anglican Church provided a sign language simultaneous interpretation and allocated a corner for the hearing impaired inside the Cathedral of All Saints in Zamalek, in which Dr. Samy Fawzy, Archbishop of the Church, presides over the opening prayers of the week of prayer for unity organized by the Egypt Council of Churches.

In the same context, representatives of the five-member Christian denominations, in addition to the members of the Women’s Committee of the Egypt Council of Churches, attended: Mary Younan, the head of the committee, Nora Edward, Martha Marhaba, and Arlt Michel. 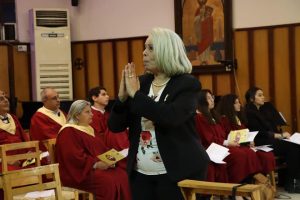 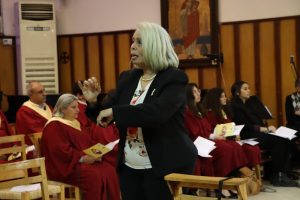