The Episcopal/Anglican Church of the Good Shepherd in the Giza region is organizing a spiritual renaissance under the title “We return to give us life”, starting from today, the third of February, until the sixth of February, provided that it begins at seven in the evening throughout the days of the renaissance.

The Renaissance begins on the first day with the attendance of Reverend Hani Shenouda, pastor of the Episcopal/Anglican Church in Port Said, and the Zakaria Hanna. On the second day, the Renaissance receives the servant Tharwat Fahmy and Adel Ratib. Reverend Tawfiq Daniel and the  Labib Samuel participate in the third day of the Renaissance, as the Renaissance concludes with the participation of Rev. Michael Milad and Moudy Fawzy.

It is worth noting that the Alexandria region of the Episcopal Church is the 41st region of this church around the world and includes under its presidency 10 countries, namely Egypt, Libya, Tunisia, Algeria, Eritrea, Ethiopia, Djibouti, Somalia, Chad, and Mauritania.

It is headed by the Archbishop of Canterbury and is affiliated with the Federation of Anglican Churches in the World. 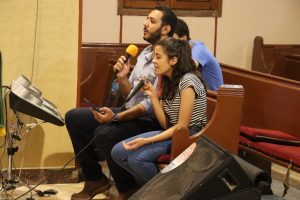 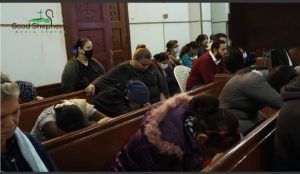