The Episcopal/Anglican Church in Egypt warned against exploiting its name and putting it in personal status cases that do not concern its parishioners from near or far. And that is through a party that calls itself the “Evangelical American Upright Episcopal Church” that works to include the name of the Episcopal Church in some identification papers related to divorce cases and second marriage permits.

On his behalf, Dr. Samy Fawzy, Archbishop of the Episcopal/Anglican Province of Alexandria, stressed to the Episcopal/ Anglican Church that this unknown entity is not affiliated with the Episcopal Church at all, pointing out that the Egypt Council of Churches had previously warned against it in an official statement two years ago.

Fawzy said in a statement today that the Episcopal/ Anglican Church is one of the five-member churches of the Egypt Council of Churches along with the Orthodox, Catholic, Evangelical, and Greek Orthodox Churches, while the entity that calls itself the “American Evangelical Upright Episcopal Church” does not have any legal status recognized by the judicial authorities.

Meanwhile, Fouad Rushdy, the legal advisor of the Episcopal/Anglican Church in Egypt, was assigned to take all legal measures to protect the Episcopal/ Anglican Church from such manipulation in a way that guarantees its rights and preserves its standing before the relevant institutions.

It is worth mentioning that the Episcopal/Anglican Province of Alexandria is the 41st region of this church around the world and includes under its presidency 10 countries, namely Egypt, Libya, Tunisia, Algeria, Eritrea, Ethiopia, Djibouti, Somalia, Chad, and Mauritania.

It is chaired by the Archbishop of Canterbury and is affiliated with the Federation of Anglican Churches in the World. 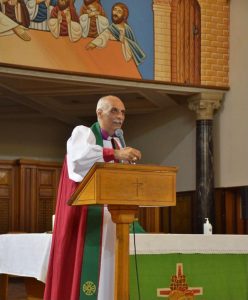 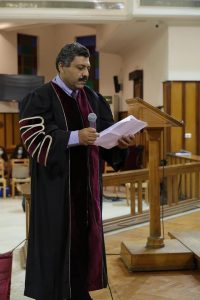