The Episcopal/Anglican Church is completing the initiatives of a project together we develop Egypt project in the Suez Governorate community by training young people in theatrical performance.

The activities in which young Muslims and Christians from the Suez community participated included an initiative.

To train in theatrical performance to start a theatrical work, an idea, directing and implementation of youth, as its events revolve around citizenship and creating a language of dialogue through theater

On his behalf, Ramez Bakhit, project coordinator, said that the Suez Community Initiative was attended by 35 young people with the aim of breaking barriers, developing relations between Muslims and Christians, and deepening the concepts of citizenship.

The project is held under the auspices of the Episcopal/Anglican Province of Alexandria in Egypt, with North Africa and the Horn of Africa, and the Misr El Kheir Foundation.

The project includes a set of initiatives and events in the governorates of Cairo, Alexandria, Minya, and the cities of Sadat and Menouf in the Menoufia Governorate.

The project aims to establish strong and real relationships and friendships between young people, develop their capabilities and raise their cultural and civilizational awareness, in addition to the participation of trainees together in implementing practical initiatives that benefit their local communities, with the aim of reaching a degree of integration and quality of work through communication with government agencies and community organizations working in the same direction as their initiative. 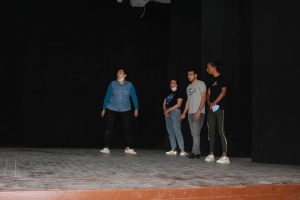 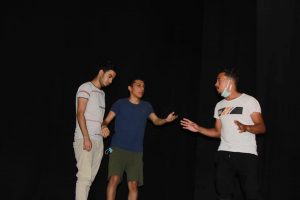