The Film Industry Initiative concludes its activities in Minya Governorate

The Episcopal/ Anglican Church in Egypt concluded today the activities of the project Together we develop Egypt, the “Film Industry Initiative” in Minya, which was held over four continuous days for the project’s youth, in partnership with the Minya Air Scouts team.

The initiative included a study of the principles of writing a script, photography, and lighting, in addition to montage techniques, the principles of directing, how to work within a team, and the basics of a successful group leader, as the training was divided into a theoretical part over a period of two days and a practical part in which the youth-produced 4 films targeting issues of peaceful coexistence in society between its various sects.

The training was conducted by the Media Center of the Episcopal/Anglican Church in Egypt, where 14 young people participated in this training from different villages in Minya, including Ezbet Sultan, Ezbet Selim Pasha, Samalout, and Minya City.

The project is being held under the auspices of the Province of Alexandria of the Episcopal/ Anglican Church in Egypt with North Africa and the Horn of Africa, and the Misr El-Kheir Foundation.

The project aims to establish strong and real relationships and friendships between young people, develop their capabilities and raise their cultural and civilizational awareness, in addition to the participation of trainees together in implementing practical initiatives that benefit their local communities, with the aim of reaching a degree of integration and quality of work by communicating with government agencies and community organizations that works in the same direction that their initiative is related too. 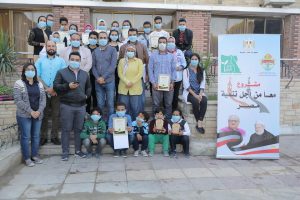 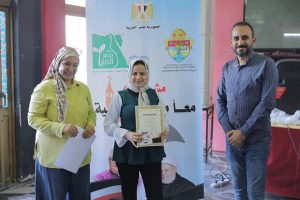