The Episcopal/Anglican Church continued the initiatives of the Together we develop Egypt project in the Minya Governorate in coordination with the Minya Center Local Council.

The Episcopal/Anglican Church stated in a statement today: The activities included an initiative to afforest the entrance to the village, in which young Muslims and Copts from the village of Ezbet Salim Pasha in Minya participated and the head of the local council who helped the youth in the afforestation process and exchanged with them discussions about the most important needs of the village to facilitate living.

On his behalf, Ramez Bekhit, the project coordinator, said that the Ezbet Salim initiative was attended by 30 young people from the village in the midst of understanding, affection, and respect for the other, which are the general objectives of the project.

The project is being held under the auspices of the Episcopal/ Anglican Church in Egypt with North Africa and the Horn of Africa, and the Misr El-Kheir Foundation.

The project will include a set of initiatives and events in the governorates of Cairo, Alexandria, Minya, and the cities of Sadat and Menouf . 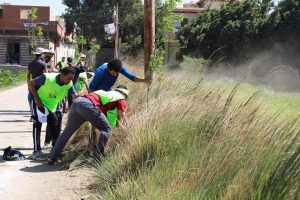 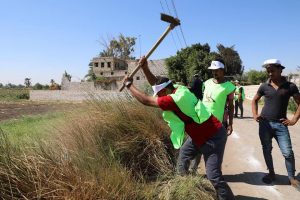 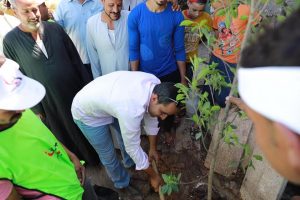 The head of the Episcopal/Anglican church presides over a service in English at the service of foreigners.