Dr. Mouneer Hanna, Archbishop of the Province of Alexandria of the Episcopal/Anglican Church congratulated the deputies appointed by a Republican decision in the House of Representatives, considering them an addition to the representative life in Egypt, where their backgrounds and functions varied in a manner that serves Parliament and its political and social goals In a statement issued by the Church today, Hanna said that Sheikh Dr. Ali gomaa is the best representative of moderate Islam under the dome, as the Episcopal/Anglican Church participated in many development projects over the past years. Hanna considered that the appointment of Doria Sharaf al-Din, Dina Abdel Karim, and Emad Khalil confirms the state’s interest and appreciation for the role the responsible media plays in building modern Egypt, in addition to the experience of Ambassador Mona Omar, who worked as an assistant to the Minister of Foreign Affairs for African Affairs, which reflects Egypt’s interest in the continent. Hanna wished that the Egyptian parliament with all its members would fulfill the hopes and aspirations of Egyptians in a strong representative and legislative life that would serve the aspirations and plans of the state in the political, developmental, and economic fields. 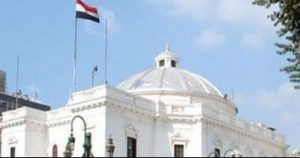 The Archbishop participated in a meeting with the Anglican Communion.