The activities of the Alexandria Governorate initiative, together we develop Egypt, were concluded with a ceremony honoring the participating youth, who numbered 110 young men and girls, under the auspices of the Episcopal/Anglican Church in Egypt and the Misr El Kheir Foundation.

The project presented certificates of honor to the youth who participated in the events with activities that included environmental initiatives for aquaponics projects, afforestation of different places, craft and skill initiatives to teach the art of hairdressing, photography, pastry chefs, mobile maintenance, washing machines and sewing, and artistic initiatives to produce films that deal with issues that address youth concerns and to educate the surrounding community. In the community of Agami, Ras al-Sawda, and al-Manshiyya it is worth noting that many of the participants are young people of determination.

Rev. David Aziz, Dean of St. Mark’s Pro-Cathedral addressed the youth and the attending guests, saying: Working together is our only weapon in the face of all those who seek to destroy the country and corrupt the people, so the project’s orientation and vision from the beginning was to raise those imaginary barriers between our youth to work together to benefit them and our country.

Dean David added: The certainty of Bishop Sami since assuming his responsibility as head of the church is that building the individual intellectually, culturally, and socially is the most important goal of the project. He also stressed his strong desire to complete the project and take care of that young plant, which was started by two friends in one country, Bishop Mouneer Hanna, The former Archbishop of the Province of Alexandria, and His Eminence Sheikh Dr. Ali Gomaa, the former Mufti of the Republic and Chairman of the Board of Trustees of the Misr El Kheir Foundation.

On his behalf, Sheikh Ibrahim El-Gamal, Director General of Preaching in Alexandria, said: “In these moments that bring us together, we can talk about our greatness as a people and how the church is its home and Al-Azhar too.”

Rev. Michel added to the dialogue committee that the other should be known, not heard, for coexistence and participation in different activities make young people engage with each other in the same society and breaks all barriers of extremism and lack of knowledge of the nation’s partner.

The ceremony was attended by Ramez Bekhit, Project Manager Together we development Egypt, Reverend David Aziz, Dean of St. Mark’s Pro-Cathedral in Mansheya, and His Eminence Sheikh Ibrahim El-Gamal, General Director of Preaching and Head of the Fatwa Committee in Alexandria

Michael Youhanna and Nisreen Youhanna, directors of the House of Joy Foundation for People of Determination, and Representative Sameh El-Shimy, a Member of Parliament and members of his office

The activities of the ceremony included the distribution of certificates, gifts, and singing performances, led by Maestro Hosni Moa’en.

The project is held under the auspices of the Episcopal/ Anglican Church in Egypt, with North Africa and the Horn of Africa, and the Misr El Kheir Foundation.

The project includes a set of initiatives and events in the governorates of Cairo, Alexandria, Minya, and the cities of Sadat and Menouf in Menoufia Governorate. 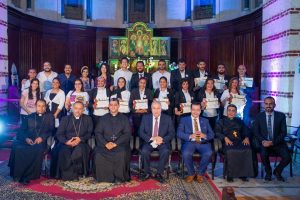 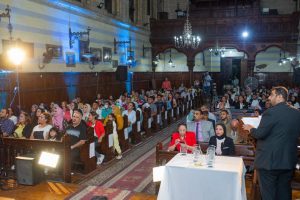 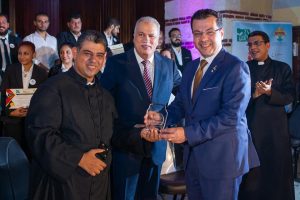 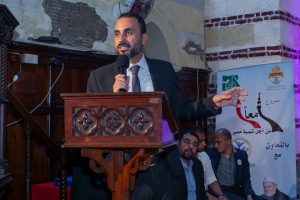 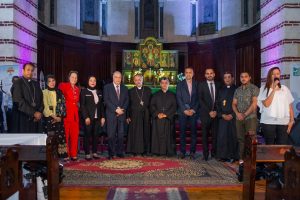 During the service of installing 10 new members…