Today, Thursday, the Episcopal/ Anglican Church celebrates the 110th anniversary of the Harpur Memorial Hospital in Menouf, which is one of the church’s hospitals, which was established by the Irish missionary Frank Harpur in 1910 in his desire to serve the simple rural Egyptians on board of a Nile boat providing medical service before the hospital was converted into a building in 1910

In a statement today, Hanna considered that the 110th anniversary of the establishment of the hospital and the continuation of its service despite all the difficulties is due to the honesty and dedication of the servants, doctors, workers, and nurses who took turns working in this medical facility, wishing that the hospital services would expand in the coming years to emphasize the mission of the Church in serving the community And our country is Egypt.

Dr. Samir Rizkallah, the current hospital director, confirmed that the coming years will witness further development and expansion in providing a distinguished medical service at nominal prices to all Egyptians.

It is worth noting that Dr. Mounir Hanna Anis, Archbishop of the Church, had been working as director of the hospital beginning in 1970, and he assumed his work in extremely difficult circumstances, as the Ramad Menouf Hospital (governmental) occupied a large part of the hospital buildings, as well as the hospital, was suffering from a severe financial deficit and persistently Unusual, and with the encouragement of some officials at the time, Dr. Mounir began implementing an ambitious plan to modernize the hospital and provide specialized medical service of a distinguished level.

Due to the narrow space of the outpatient building and the increase in the number of patients to about 180 thousand patients annually, in 2019, the expansion of new buildings on an area of ​​1500 meters was carried out at a cost of about 50 million EGP, and this expansion aims to raise the efficiency of the medical service provided to patients and accommodate these large numbers. 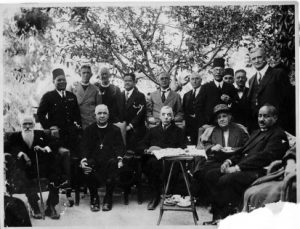 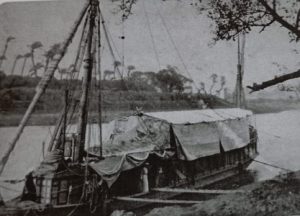 “Together for Egypt “continues with community art activities