The prayers began with a procession gathering the heads and representatives of the five participating Christian denominations, presented by the priests of the Episcopal/Anglican Church, while Dr. Samy Fawzy, Archbishop of the Episcopal/Anglican Province of Alexandria, Anba Daniel, Secretary of the Holy Synod of the Orthodox, Ambassador Nicolas Henry, Apostolic Nuncio in Egypt, Ambassador of the Vatican State and Rev. Rifaat Fikri, Co-Secretary General of the Council of Eastern Churches and Dr. Gerges Saleh, the former Secretary-General of the Middle East Council of Churches, and Father Domuskinos Al-Azra’i, head of the St. George’s Greek Orthodox Monastery, and the current Secretary-General of the Egypt Council of Churches.

While the cathedral choir sang the hymn “Come, Our Father,” announcing the crowds of Christians awaiting the Second Coming of Christ. 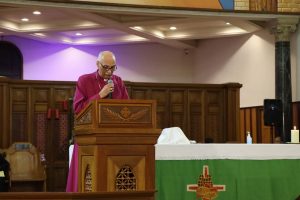 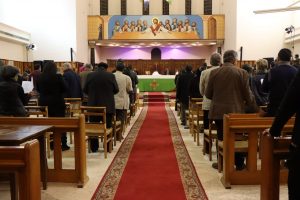 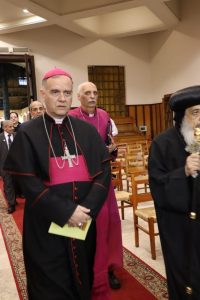 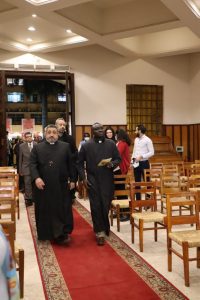 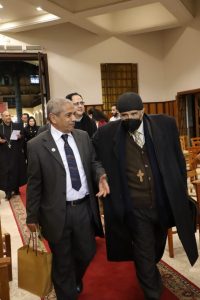 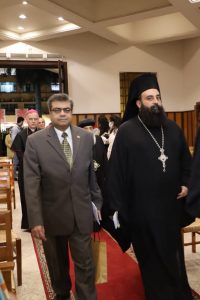 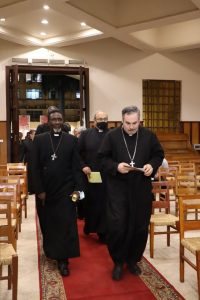 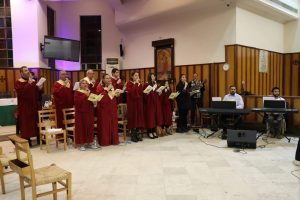