The Cathedral of All Saints is decorated to receive the inauguration ceremony of the Episcopal/Anglican Province of Alexandria.

The Episcopal/ Anglican Church in Egypt has intensified its preparations to receive the inauguration ceremony of the Province of Alexandria, which begins at 6:00 pm today at the Cathedral of All Saints in Zamalek, as Justin Welby, Archbishop of Canterbury and spiritual leader of the Episcopal/Anglican community in the world, presides over the service and prayers for the inauguration of the region in the presence of quite a few Archbishops of the Church from different countries of the world.

On his behalf, the Cathedral of All Saints was decorated with lights and red carpets spread on its floor to receive the event, which Dr. Samy Fawzy, Archbishop of the new Province described as historic, which puts the Episcopal/Anglican Church in Egypt in a leadership position, as the new Province includes ten countries: “Egypt, Libya, Tunisia, and Algeria, Mauritania, Chad,

The cathedral will also receive at 4:30 this afternoon a press conference in which the Archbishop of Canterbury answers questions from the Egyptian and international press before he begins serving the mass, amid strict precautionary measures imposed by the church on all attendees, where it stressed the need to wear masks and satisfied with a small number of invitees in the cathedral, which can accommodate for two thousand people.

It is worth noting that the Anglican Communion announced the establishment of the Province of Alexandria in July 2020, to become the 41st province of the Episcopal/Anglican Church around the world, but the conditions of the Covid 19 pandemic postponed the inauguration ceremony until today. 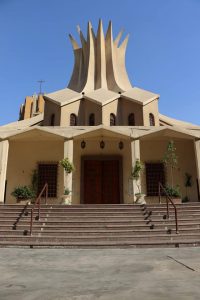 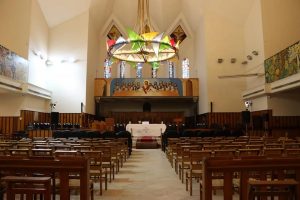 During the visit of the Archbishop of Canterbury to Egypt