The Cathedral of All Saints in Zamalek was decorated with lights to celebrate the glorious Easter feast hours before the start of the Eid Mass headed by Dr. Mouneer Hanna, Archbishop of the province of Alexandria of the Episcopal/Anglican Church, in both Arabic and English to serve Egyptians and foreigners.

The Easter Mass will begin at 9 pm today after the cathedral bells ring to mark the start of the prayers.

It is worth noting that the province of Alexandria of the Episcopal/Anglican Church is the 41st region of this church around the world and includes under its leadership 10 countries in Egypt and North Africa and is subject to the presidency of the Archbishop of Canterbury, and it is affiliated with the Anglican Communion around the world. 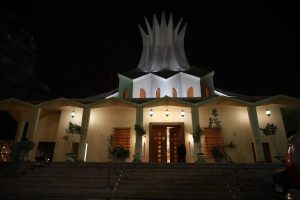 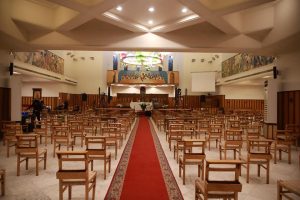 Head of the Episcopal/Anglican church: Had it not been for the resurrection, the Christian faith would have been a hoax