Dr. Samy Fawzy, Archbishop of Alexandria, congratulations to Secretary-General of the Islamic Research Academy, on the occasion of the approaching Eid al-Adha, at the head of an ecclesiastical delegation at the compound’s headquarters.

The Archbishop said that the whole world should look at the Egyptian experience of peaceful coexistence, where we have lived together as Muslims and Christians for hundreds of years.

The Archbishop added: We are proud of our relationship with Al-Azhar and its role in spreading true moderate Islam and religious tolerance, as it plays a role in countering extremism.

Selim Wassef, the counselor for dialogue in the Episcopal/Anglican Church, expressed his hope to return again to work on the project of imams and priests through a joint committee of the church and Al Azhar, provided that it is presented to Islamic institutions.

On his behalf, Dr. Nazeer Ayyad, Secretary-General of the Islamic Research Academy, stressed that dividing people into Muslim and Christian is useless, adding: The Egyptians have resisted all attempts to be divided.

Ayyad considered that difference and diversity are from God’s mercy, as true religion views man as a human being without any other details, pointing out: There is a large area of ​​agreement between us.

The meeting was attended by Archdeacon Emad Basilios, head of the Council of Priests, Rev. Yashua Bekhit, Assistant Dean, Rev. Michael Milad, patron of the Dialogue Committee, Mr. Selim Wassef, Counselor for Christian-Islamic Dialogue in the Episcopal/Anglican Church, and Dr. Hani Shams El-Din, Director of Public Relations at the Research Academy and member of the Religious Committee Discourse in Beit Al Aila. 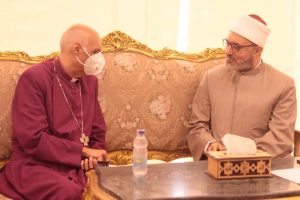 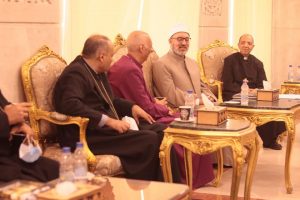 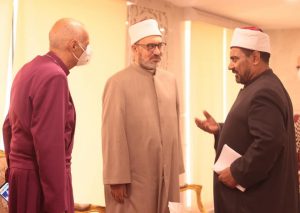 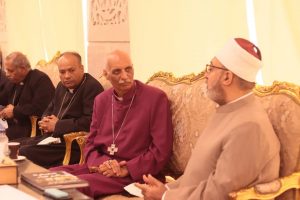 Archbishop praising the level of the book fair: It emphasizes our soft power