Dr. Samy Fawzy, Archbishop of the Episcopal/Anglican Province of Alexandria, received a high-level French delegation that includes Francois Leger, first advisor to the ambassador and deputy head of mission in Cairo, and Sonia Karimi and Sebastien Nadout, members of the French Parliament, at the headquarters of the Cathedral of All Saints in Zamalek.

During the meeting, the delegation got acquainted with the various services provided by the Church, especially the service of refugees. The Archbishop confirmed that the Refugee Egypt Foundation serves hundreds of refugees annually, as it provides a number of programs and activities such as the public health program and clinics, which include health care for refugee children and mothers, and health awareness against diseases. Epidemiology, medical convoys to care for refugees in their places of gathering, medical aid for needy refugees, in addition to training and qualification programs for the labor market

The Archbishop stressed that Egypt is one of the most important reception stations for refugees in the world, where asylum seekers from Africa and some Arab countries go to it. Refugees in Egypt live among citizens without being isolated in refugee camps, as is the case in many countries. Rather, the refugees receive humane treatment from the Egyptian people and government.

The Archbishop indicated that the service for refugees in the Episcopal/Anglican Church is keen to provide them with life skills that help them earn a living during their stay in Egypt through vocational training programs so that the refugee does not have to wait for humanitarian aid, but rather the church helps him to achieve financial independence, even if relative.

The French delegation commended the service of refugees in the Episcopal/Anglican Church, stressing the great humanitarian role played by the Church in this regard. 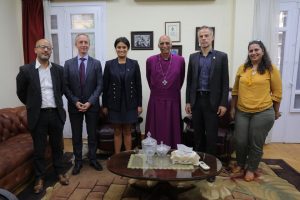 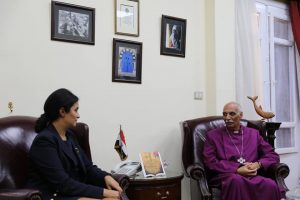 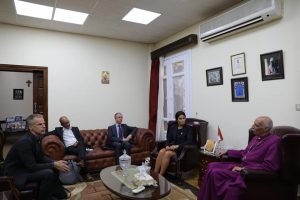 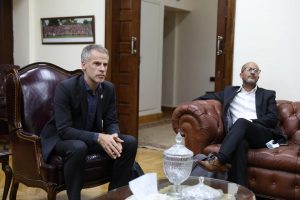