Dr. Samy Fawzy, Archbishop of the Episcopal/Anglican Province of Alexandria, received Dr. Ibrahim El-Gamal, Director General of Al-Azhar Preaching, Head of the Fatwa Committee, and Secretary-General of the Egyptian Family House, Alexandria Branch, to congratulate him on his inauguration as Archbishop of the Episcopal/Anglican Church, where the dialogue revolved around the depth of Christian-Islamic dialogue and the role of Beit el Aila in building the Egyptian society.

A delegation from the Coptic Orthodox Church visited for congratulations, including Rev. Abram Emil, the Patriarchal representative of His Holiness the Pope in Alexandria, and Reverend Paul Awad, Assistant Secretary-General of the Family House in Alexandria. They exchanged gifts and discussed the ecumenical work between the Episcopal/Anglican Church and the Coptic Orthodox Church.

Representative Ehab Zakaria, a member of the Senate, came to congratulate him on his inauguration as Metropolitan of the Episcopal/Anglican Church at the headquarters of St. Mark’s Cathedral in Alexandria, as a dialogue took place between them on the richness of Egyptian heritage and civilization in its diversity. The Archbishop presented him with the book “Beacon of Hope,” which was recently published

It is worth noting that St. Mark’s Cathedral in Alexandria was built on land given to him by Muhammad Ali Pasha, the governor of Egypt in 1839, and it is the first Episcopal/ Anglican Church in the Arab Republic of Egypt. 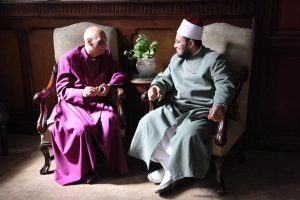 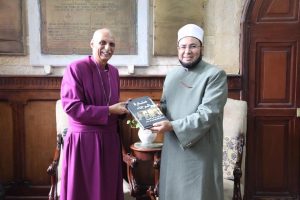 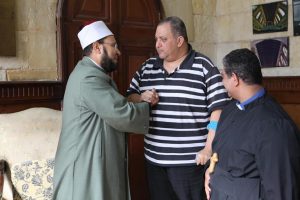 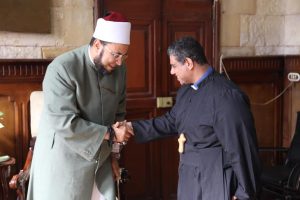 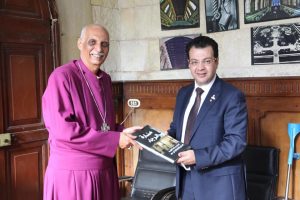 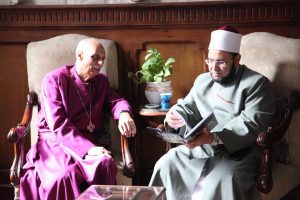 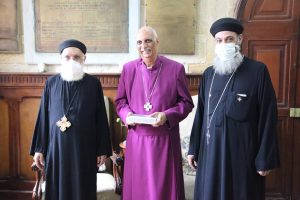 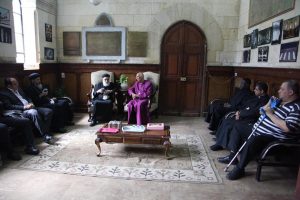 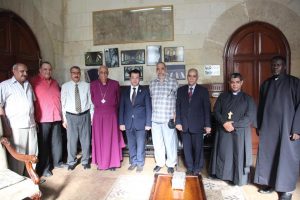 In the service of an ordained in the Episcopal/Anglican church in Alexandria.