The Archbishop ordains a priest for the Sudanese service at St. Michael’s Church in Heliopolis

Dr. Samy Fawzy, Archbishop of the Episcopal/Anglican Province of Alexandria, ordained Deacon Emmanuel Coco to become a pastor for the Sudanese service in the Church of St. Michael and all Angels in Heliopolis, during the Divine Liturgy, and in the presence of Archdeacon Emad Basilios, head of the Council of Priests.

The Archbishop said in the homily that each of us is in dire need of prayer in order to grow and become like Christ, adding: There is a direct proportion.

Emmanuel Coco had begun his service in Egypt in 2001 at St. Michael’s Church in Heliopolis, where he was a servant in Sunday schools, then joined the Nuba Mountains Institute for Bible Studies of the Episcopal College of Theology and graduated in his first class. In 2012 he was ordained as a Lay reader in the church and four years later he was ordained deacon. 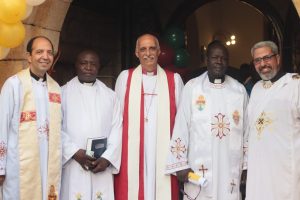 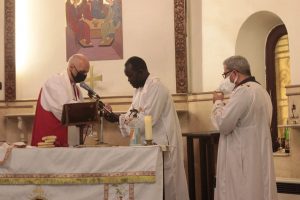 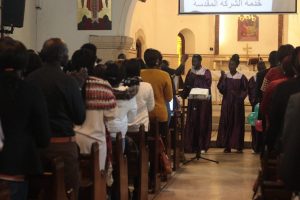 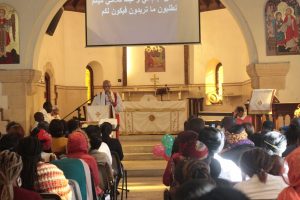 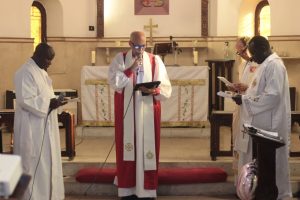 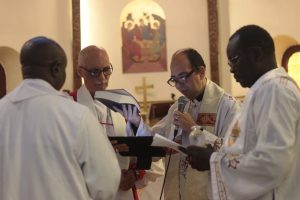 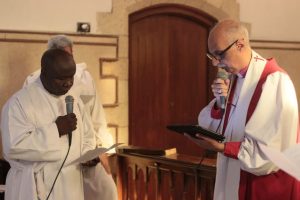 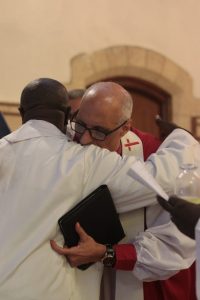 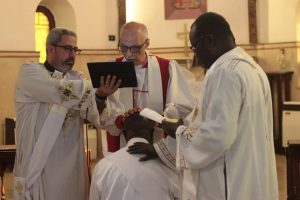 Among the activities for the month of November