The Archbishop of the Episcopal/Anglican receives the delegation of the Evangelical Church: a good gesture that opens the door for dialogue between us

In a statement today, Archbishop Samy expressed his deep appreciation for the visit of the Evangelical community delegation to the All Saints Cathedral, stressing that the two churches are members of the Egypt Council of Churches and share many common activities.

Archbishop Samy pointed out that today’s meeting was marked by love and acceptance between the two churches, stressing that all churches are members of the one body of Christ and are united by the goals of the church’s public service as well Egyptian society.

The meeting was attended by Dr. Rev. George Shaker, Vice-President of the Evangelical Community, Dr. Stephanos Zaky the Evangelical Council Secretary, Rev. Refaat Fathy, Secretary-General of the Synod, Dr. Sameh Morris, pastor of Kasr Al-Dobara Church, Dr. Rev. Youssef Samir, Pastor of the Evangelical Church in Heliopolis, and Dr. Maher Samuel, Director of Credo logos Service. Youssef Talaat, Legal Adviser, Sheikh Essam Wassef, Chairman of the Senate Affairs Council, and Youssef Edward, Director of the Media  Department, while the Episcopal/Anglican Church was represented in this meeting by Archdeacon Emad Basilios, head of the Council of Priests, Dean Hany Shenouda, supervisor of churches in the Suez Canal region, Dean David Aziz in charge of the churches of Alexandria, and Reverend Yahsoua Bekheit, the assistant dean of the All Saints Cathedral, and Fouad Roushdy, the legal advisor to the Province of  Alexandria. 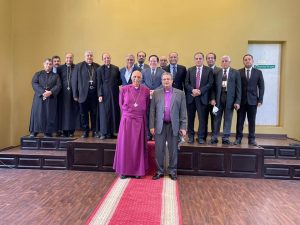 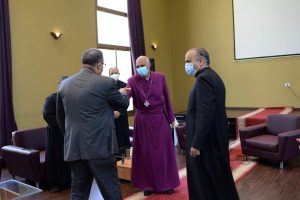 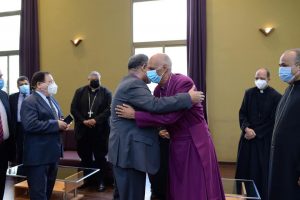 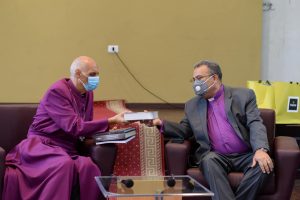 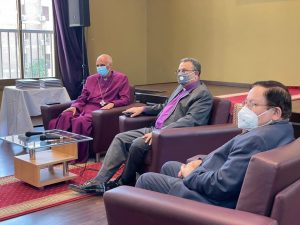 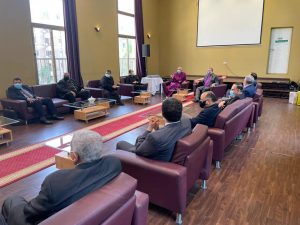 In his first mass after his inauguration…