Justin Welby, Archbishop of Canterbury, arrived in Cairo in the early hours of Thursday morning.

On his behalf, the Archbishop of the Province of Alexandria confirmed in a statement today that Welby began his journey to Egypt by visiting the Monastery of Anba Makari al-Qibti in Wadi al-Natrun, to spend time for prayer and meditation there.

Archbishop Samy Fawzy pointed out that the Episcopal/Anglican Church in Egypt intensified its preparations to receive the inauguration ceremony, which he described as historic, on Friday evening, to be preceded by a press conference in which he answers the questions of the local and international press, at the headquarters of All Saints Cathedral in Zamalek. 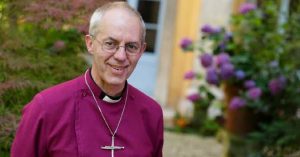