Dr. Samy Fawzy, Archbishop of the Episcopal/Anglican Province of Alexandria, met today, Monday, with Dr. Michel Abs, Secretary-General of the Middle East Council of Churches, at All Saints Cathedral in Zamalek, in the presence of Anthony Ball, Assistant Bishop, and Rev. Rifaat Fikri, Co-Secretary General of the Council.

The Archbishop welcomed the Secretary-General of the Middle East Council of Churches, stressing the desire of the Episcopal/Anglican Church to participate in the Council’s activities that support relations between the various Christian denominations in the East.

The Archbishop expressed his appreciation for the challenges facing the council, which is trying to consolidate the Christian presence in the East after the number of Christians decreased in some countries such as Syria and Iraq due to the wars.

For his part, Dr. Michel Abs called the Archbishop to attend the general assembly of the council, which will be hosted by the Coptic Orthodox Church next May, where it will be held in Egypt in the presence of representatives of all churches

Abs stressed that his first visit to Egypt comes for the purpose of acquaintance and exchange of dialogue with the leaders of the various churches in Egypt, which is considered one of the most numerous countries in the Middle East in terms of Christian presence and its diversity. 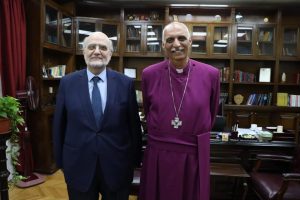 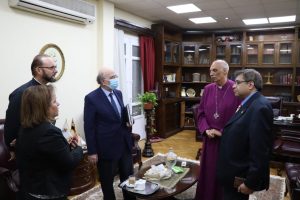 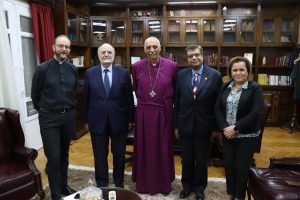 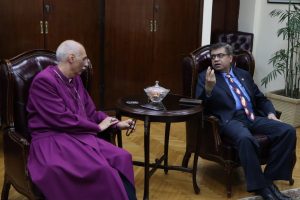 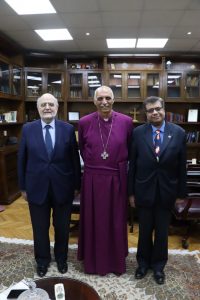