Dr. Samy Fawzy, Archbishop of the Episcopal /Anglican Province of Alexandria, met today with Archbishop Sani Ibrahim Azer, Metropolitan of Jerusalem for the Lutheran Church, at All Saints Cathedral in Zamalek, in the presence of Archdeacon Emad Basilios, head of the Council of Priests

The Archbishop welcomed the Metropolitan of the Lutheran Church in Egypt, stressing the bonds that unite the two reformed churches. 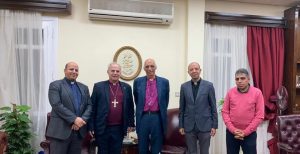 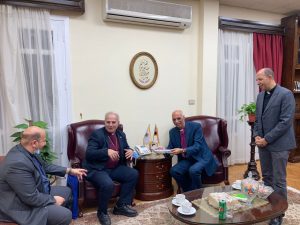 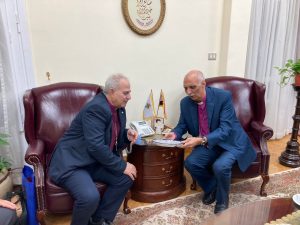