The Archbishop added that the Nuba Mountains Institute for the Study of the Bible, which provides its services to the Sudanese community in the Church of St. Michael and all the Episcopal Angels, aims to prepare the Sudanese to become leaders in the church service.

He also briefed the Archbishop on the situation of the Episcopal Churches in Sudan. In return, he reassured the metropolitans about the conditions of the Sudanese people residing in Egypt, as the Archbishop of Egypt opens its doors for service and worship in all its churches.

The meeting was attended by Reverend Yasser Koko, pastor of the Sudanese service at the Cathedral in Zamalek, Rev. Ismail Abdel Rahman Koko, former Dean of the Evangelical Theology College, and Nabil Boulos, member of the Interfaith Dialogue Committee of the Episcopal Church in the world. 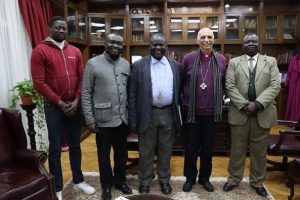 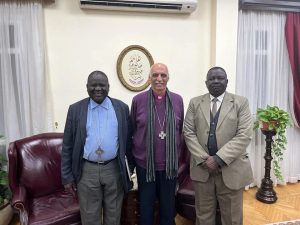 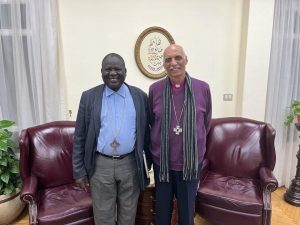 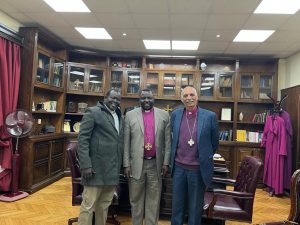 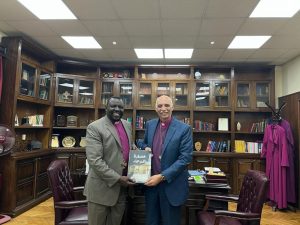 The Archbishop Receiving, Ambassador of Singapore: We have a strong relationship with your church