Dr. Samy Fawzy, Archbishop of the Episcopal/Anglican Province of Alexandria, inaugurated the Selah Cultural Center at St. John the Baptist Episcopal Church in Maadi. The center’s activity began with a concert playing the oud by Michael Onsi’s musical group, the “Halat Oud” project, through the presentation of eight compositions that tell a mixture of human feelings.

Archbishop Samy expressed his happiness at the invitation of the Episcopal Church in Maadi to attend this concert, saying: The Selah Center is working to form real links between the different spectrums of society and a way to bring perspectives closer through art as a supporter to create a fabric of love, tolerance, and acceptance because even if we are different, we are in the end human beings We seek understanding and cooperation.

While Rev. Osama Fathy, pastor of St. John the Baptist Church in Maadi, welcomed all the attendees of the opening ceremony of the Selah Center and the team of Halat Oud, which includes Michael Onsy, Fadi Ezzat, Imad Sidhom, and Firas Noah

Rev. Osama explained: The idea of ​​establishing a link center within the Episcopal Church in Maadi came out of the church’s belief in the necessity of creating links and bridges between all spectrums of society, spreading peace and love, and accepting the other of every gender, color, and race. 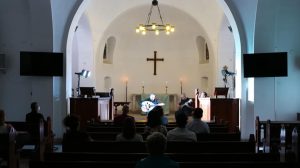 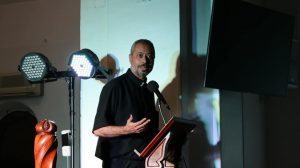 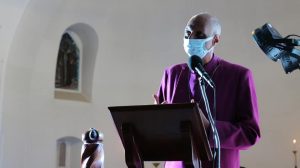 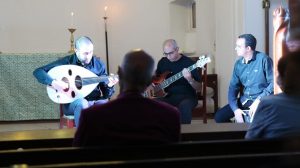