The Archbishop congratulates all women on International Women’s Day

Dr. Samy Fawzy, Archbishop of the Episcopal/Anglican Province of Alexandria, congratulated all women on International Women’s Day, stressing his appreciation for the great role that women play in the church and society.

The Archbishop said in a statement today: “International Women’s Day reminds us of the invisible blessings such as the giving of a mother, sister and wife in our lives and it is one of the signs of God’s love for us.”

The Archbishop affirmed that the Egyptian woman plays a distinguished role in the social and political history of the country, which was recorded by the Pharaonic temples in the pre-Christian eras and by the early church in the early ages.

The Archbishop pointed out that women in the church provide spiritual and social services, stressing their effective role in the services of children and the elderly. 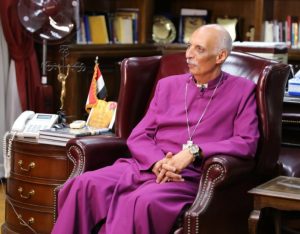 Alexandria School of Theology will resume the second semester next Thursday

Archbishop: The Week of Prayer for Unity is an opportunity to offer love