Archbishop Mouneer Hanna, Archbishop of the province of Alexandria, condemned the Episcopal/ Anglican Church of the brutal terrorist incident that took place in France yesterday, where a young man stabbed a teacher and beheaded after he published cartoons of the Messenger in the context of defending the freedom of expression.

The bishop said in a statement today: We condemn the terrorist incident committed by a young man who used violence as a means to defend the faith and then took revenge on those who disdain Islam and its symbols

The bishop added: The crime of contempt of religion cannot be treated with another crime, stressing that freedom of expression must be guaranteed on the condition that it does not harm the feelings of the brothers in humanity.

Hanna stressed that defending the faith is a duty, provided that violence is not used because God is able to defend himself and take revenge on the perpetrators of evil. 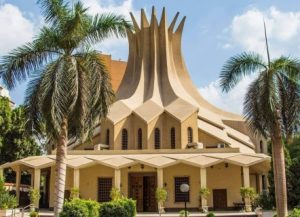 The Episcopal/Anglican church continues “Together for Egypt” initiatives by sterilizing two schools in Minya.