The project continues its activities in Minya Governorate by organizing a sports day in coordination with the Agyal Foundation for Development, in the presence of a large number of boys and girls from different educational stages.

At Nazlet Obeid Youth Center, east of the Nile, where all the members of the club’s board of directors participated on this day.

The Episcopal/Anglican Church that sponsors the project stated in a statement: The goal of today was to enhance the value of acceptance of others, as the groups were made up of only young men and women, and by the end of the day they had participated in a group game.

Ramez Bekhit, head of the Interfaith Dialogue Committee of the Episcopal/Anglican Church, said: We were keen to implement all preventive measures, including sterilization and social distancing, and given a large number of young people on the sports day, the number was divided into many groups so that everyone could participate.

Bekhit added: The director of the Youth Center asked the initiative to help raise the awareness of young men and women in the villages of Upper Egypt by sharing examples of successful youth from political and government leaders from outside the governorate to talk with young people about the recent achievements in their country and present success stories from their governorate with the aim of enhancing citizenship values at a young age.

The project is being held under the auspices of the Province of Alexandria of the Episcopal/Anglican Church in Egypt with North Africa, and the Horn of Africa, and the Misr El-Kheir Foundation.

The project will include a set of initiatives and events in the governorates of Cairo, Alexandria, Minya, and the cities of Sadat and Menouf in Menoufia. 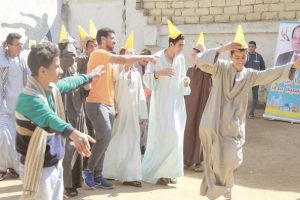 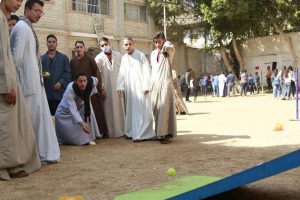 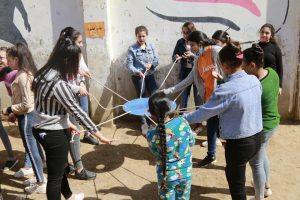 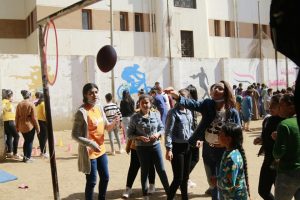 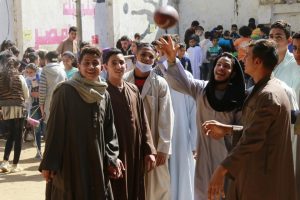 Al-Manara Center: A sports day for children with disabilities