The council discussed the consequences of the inauguration of the Episcopal/ Anglican Church in the Province of Alexandria, as well as the role of church councils and institutions in the next phase.

The attendees asked about the developments of the Church’s current legal position in light of the cases filed in the State Council, and after reviewing the situation, a final statement was issued by the meeting, signed by the attendees, and the text of the statement read:

We also acknowledge and confirm that the Episcopal/ Anglican sect is an approved sect and has an independent identity and belief that is different from the rest of the Christian denominations that have existed in Egypt since it was established in 1839 AD, that is, before the establishment of the Evangelical sect in Egypt in 1902 AD, and we reject any attempts to obliterate the identity and the episcopal belief because this contravenes the provisions of the constitution The Egyptian, who gives every citizen freedom of worship and belief.

We appreciate the state’s encouragement of our churches and institutions and we trust in the wisdom and determination of our beloved president Abdel Fattah El-Sisi, who is the father of all Egyptians, and we stand with all our prey with him to put things into perspective according to the 2014 constitution, which affirms freedom of belief and freedom to choose leaders of sects, and since the Alexandria region has been inaugurated. For the Episcopal/Anglican Community, which includes 10 African countries headed by Egypt, and that this region is affiliated with the Federation of Episcopal/Anglican Churches in the World, on June 21, 2020, we appeal to His Excellency the President to recognize the Province of Alexandria for the Episcopal/ Anglican Sect as one of the acts of sovereignty vested in His Excellency. 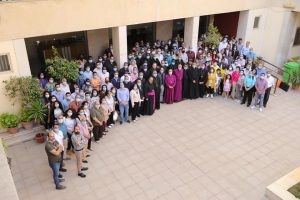 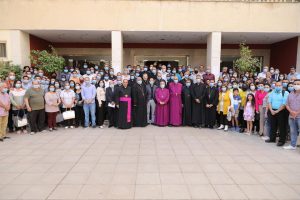 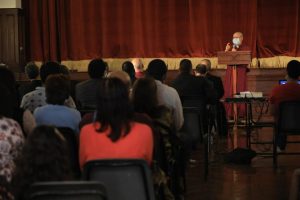 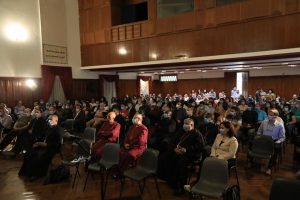 Today .. the Archbishop of the Episcopal/Anglican church chairs a meeting of church councils and institutions in the diocese of Egypt.

The Archbishop meets with the Minister of Justice to discuss the draft Personal Status Law.