The Episcopal/Anglican Church in Egypt continued the activities of the “Faith and Work” conference, in which it hosts African participants in a training program in partnership with the Council of Anglican Provinces in Africa and the European Union

The activities of the second day of the conference included a series of visits to Egyptian Islamic institutions, with the aim of identifying the nature of the relations between the Episcopal/Anglican Church, Al-Azhar, and the Egyptian family house “Beit Al Aiela”.

During the visit, Mr. Selim Fouad, the advisor for Islamic-Christian dialogue at the Episcopal/Anglican Church, gave an explanation to the participants about the dialogue programs offered by the church with Al-Azhar, such as the Together for Egypt project, which lasted three years, in which a number of Imams and Priests were trained with the aim of building a common language of dialogue and breaking down barriers.

In his speech to the delegation, Fouad said that the Episcopal/Anglican Church has a strong relationship with the Al-Azhar, dating back to the signing of a dialogue agreement with the Archbishop of Canterbury in 2000, and then it continued to open the horizons of joint cooperation on the basis of mutual understanding.

In his speech, Fouad pointed out that tolerance, respect for human rights, and acceptance of a culture of difference are the most important pillars of religious dialogue, with the need for flexible minds and open hearts that push and develop a culture of dialogue.

On his behalf, Dr. Muhammad Abu Zaid Al-Amir, coordinator of the Egyptian Family House, confirmed that the Family House “Beit Al Aiela” is an institution that brings together its members representatives from Al-Azhar, Islamic institutions, and various Christian sects, and includes specialized committees such as the Youth, Women and Religious Dialogue Committee in a way that contributes to advancing joint action at all levels and for all groups.

The Emir stressed that President Abdel Fattah El-Sisi shows great interest in the file of religious dialogue and the relationship with Egyptian churches, as it is a necessity to refute the forces of evil and terrorism, referring to the state’s position on terrorist attacks on churches, as it has undertaken to restore and build them in order to protect the rights of Christians

While Dr. Kamal Bourikaa, Director of the Interfaith Dialogue Center, stressed that Al-Azhar Al-Sharif plays a prominent role in spreading true moderate Islam in the African continent and all over the world, as it receives expatriates from 108 countries around the world who study at Al-Azhar University and then become ambassadors for Al-Azhar and to spread the tolerant teachings of Islam that encourage Freedom of belief and acceptance of others

Dr. Samy Fawzy, Archbishop of the Episcopal/Anglican Province of Alexandria, opened the conference with a speech in which he stressed the need to deepen the culture of dialogue to serve the community and the nation. 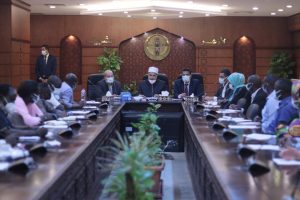 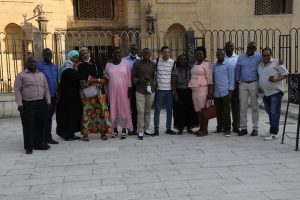 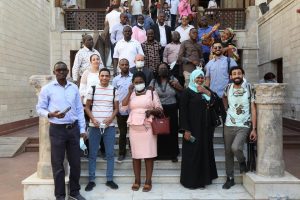 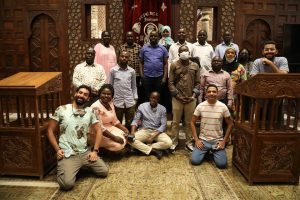 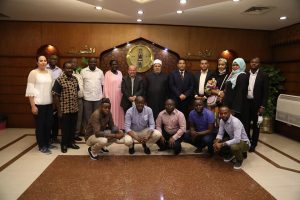 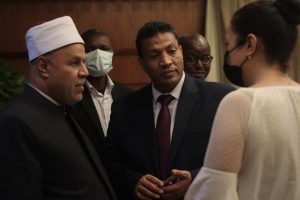 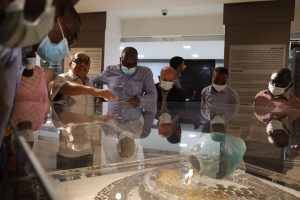 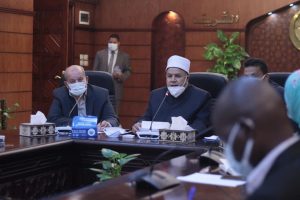 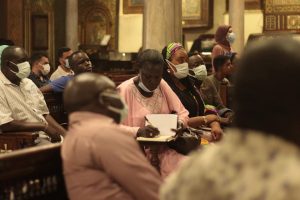 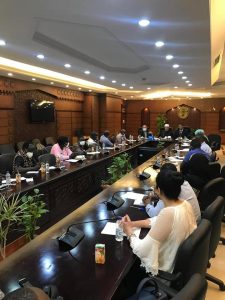