Today, Dr. Samy Fawzy, Archbishop of the Episcopal/Anglican Province of Alexandria, witnessed a ceremony honoring and awarding certificates of appreciation to the early middle school students from the Episcopal School in Menouf, affiliated with the church, in a ceremony held today, which was attended by the school’s Parents and Trustees Council.

Archbishop Samy honored the first students, including Silvana Atef, who ranked first place at the administration level, and four students who obtained final grades, in addition to honoring the top ten students in the school.

In his speech, Archbishop Samy described the honoring ceremony for our children for their unprecedented achievement in their academic excellence in the preparatory stage, as it is a transitional stage that qualifies them for secondary studies and determining their future desires, adding: Today we also celebrate the administration that overcame all obstacles, as he thanked the school director Magdy Abu Al-Saad and the creative teachers Those who influenced the lives of students as well as parents who provided the appropriate atmosphere for excellence.

On his behalf, Magdy Abu Al-Saad, the school director, gave a speech in which he thanked the bishop for his attendance and also honored many of the school’s staff for reaching the age of retirement. That’s an art show.

The ceremony was concluded with a speech from Muhammad al-Qat, head of the Parents’ Council, who called on Bishop Samy Fawzy to build a secondary school, and the ceremony ended with the republican peace.

The Archbishop also visited Al-Manara School for Special Needs affiliated to the Church and took a look at the classes and learned about the activities offered for children. 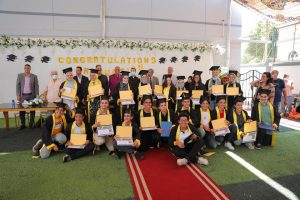 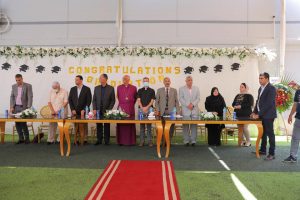 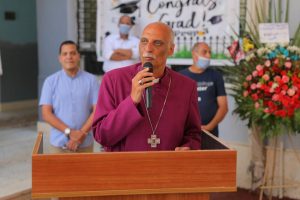 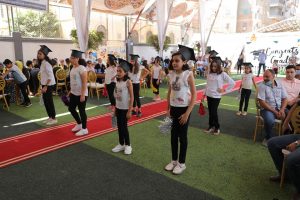 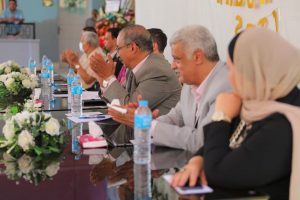 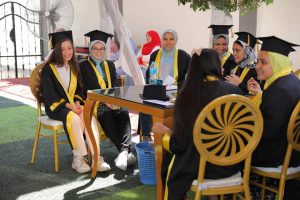 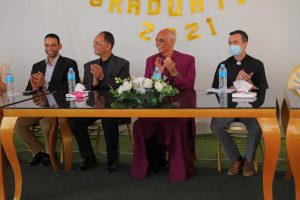 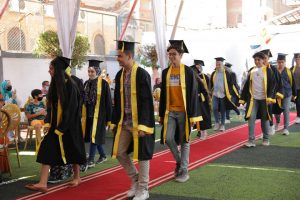 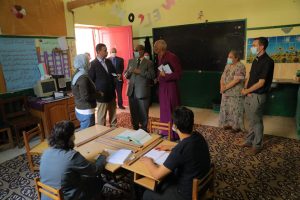