In the presence of the Archbishop of Canterbury

The Episcopal/Anglican Church was keen to involve a group of Egyptian singers and another group to sing in the Sudanese dialect in the inaugural prayers of the Episcopal/Anglican Province of Alexandria, hosted by All Saints Cathedral in Zamalek, in the presence of Justin Welby, Archbishop of Canterbury and the spiritual leader of the Anglicans in the world.

The Episcopal/Anglican Church also commissioned Ramez Bekhit, serving the Deaf Church in Old Egypt, to translate the prayers of the liturgy and service into sign language, in the belief of the church that the deaf should be involved in that celebration in addition to all believers, whether Egyptians, Sudanese or foreigners.

Om his behalf, Dr. Samy Fawzy, Archbishop of the Episcopal/Anglican Province of Alexandria, called on all those present to perform the preparation prayer within the prayers of the Divine Liturgy in the church, echoing

Our God is omnipotent. To whom all hearts are exposed. Every desire is known to him and no secret is hidden from him. Purify the thoughts of our hearts by the inspiration of your Holy Spirit, so that we may love you with complete love and glorify your Most Holy Name.

The prayers began with the procession of metropolitans and bishops moving from the cathedral square to the altar of the church, where it is preceded and met and followed by the archbishops who attended from all countries of the world in addition to Dr. Samy Fawzy, Archbishop of the province of Alexandria, Dr. Mouneer Hanna, Archbishop of the honorary province of Alexandria, and a number of priests, deacons, and church leaders.

It is worth noting that Dr. Samy Fawzy, Archbishop of the Episcopal/Anglican Province of Alexandria, confirmed that the new province holds the number 41 among the Provinces of the Episcopal/ Anglican Church in the world, stressing that it bears the name of Alexandria due to the prominent position by the city of Alexandria in the ancient Christian world, as it played a pivotal role in the heritage And global Christian thought that the region includes 10 countries: “Egypt, Libya, Tunisia, Algeria, Mauritania, Chad, Ethiopia, Eritrea, Djibouti and Somalia, and it is currently headed by Egypt.”

The Archbishop pointed out that Egypt’s presidency of the Episcopal/Anglican Province of Alexandria comes to the church’s role in serving refugees and its remarkable programs in the field of Islamic-Christian dialogue, considering that the presidency of the region contributes to supporting the Egyptian state’s policies in taking care of the African continent. 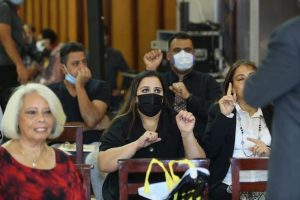 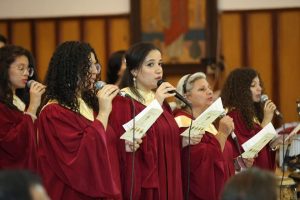 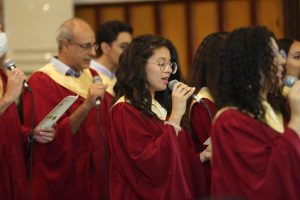 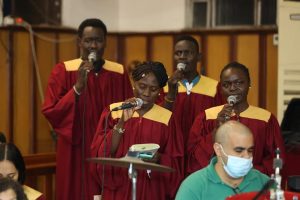 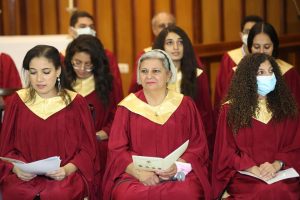 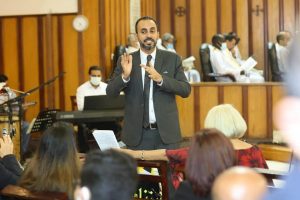 Archbishop of Canterbury: Egypt is the land of refugees and embraced Joseph and Jesus