In the presence of representatives of the National Council for Women..

Episcocare organizes a meeting to raise awareness of women’s rights

The Ain Shams Community Development Center, affiliated with the Episcopal Care Corporation for Social Services (Episcocare), organized an awareness meeting on “women’s rights and confronting manifestations of violence against women”, in cooperation with the Information Complex of the City of Peace of the State Information Service.

The Episcopal/Anglican Church stated in a statement today: The meeting was attended by 30 women, with the participation of representatives of the Media Academy and the National Council for Women, where the various damages of various forms of violence against women were presented, such as female circumcision, domestic violence, harassment, and early marriage.

On his behalf, Dr. Maged Moussa, Director of the Episcopal Care Foundation, said: Emphasis was placed on supporting and empowering women to face such customs and practices that are inconsistent with women’s rights according to the conventions and norms calling for the support and empowerment of women. 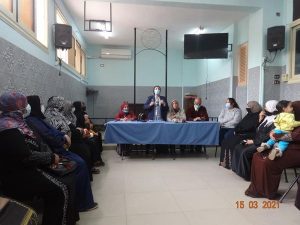 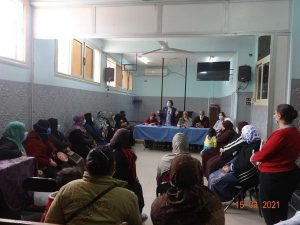