In cooperation with the National Council for Women

The Episcopal Development Center in the Al Salam City organized an awareness meeting for the people about the importance of obtaining the Coronavirus vaccine, where the most priority groups to receive the vaccine was presented, the most prominent rumors about vaccination against the virus, how to respond to it, and the role of the National Council for Women in calling for the vaccine.

On his behalf, Dr. Maged Moussa, Director of the Episcopal Care Foundation, said: The meeting was attended by 15 women from the families who responded to learn how to register to get the vaccine, as it was agreed that the center would register the names of women and families who want to receive the vaccine, with the possibility of the National Council for Women in cooperation with the center To organize a vaccination campaign in the area for those who registered from the people of the city of peace. 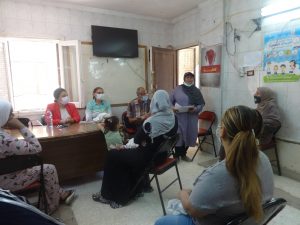 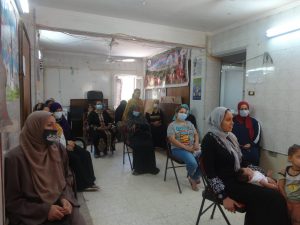 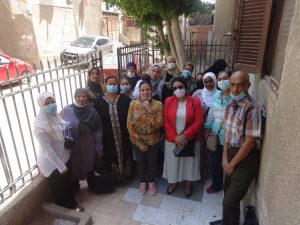 Archbishop Mouneer Hanna honors the employees and sends them a letter of thanks. They are encouraged to stand with one heart to support Bishop Samy Shehata in his new position.

Archbishop inaugurating the Synod: “I pray that you will continue to build bridges with the community”