In a cultural discussion for Gusour Center…

Ibrahim Eissa: President Sisi is the first loyal to the civil state

Gusour Cultural Center of the Episcopal/Anglican Church organized an open meeting with journalist Ibrahim Eissa today, Saturday, to discuss and sign his new novel, A Bullet in the Head, as the dialogue was moderated by the writer Sarah Allam.

Ibrahim Eissa described President Sisi as the first savior of the civil state, as he takes it upon himself to defend it and fight its enemies

During the discussion, Eissa said that one of the pests in Egyptian society is that we are a country with a mighty history, yet our relationship is fragile with this history, adding: History is what moves us and affects us as a country as if we did not get out of this coffin.

Eissa considered that the Egyptian people have the ability to turn the killer into a hero. There are many examples that the Egyptians succeeded in changing their fate, just like Adham Al-Sharqawi, who was described as a popular hero even though he was looting his neighbors.

Eissa stressed that the majority of historians are stabbed in their emotions, as Jesus gave an example by al-Jabarti, one of the most famous historians, stressing that he is a Wahhabi ancestor, and therefore we must know that all his views are a Wahhabi vision of events.

Regarding his novel A Bullet in the Head, Eissa affirmed that it is an extension of his project in the historical novel, as he has been busy with Islamic history and its transformations since he began writing in the Trilogy of Blood, then cut it off by writing about the Free Officers with his novel all the months of July until the idea of ​​“a bullet in the head” interrupted him and imposed itself on his ideas, so he wrote it

Eissa explained: I did not make up any unrealistic characters or events because I remained obsessed with the movie Al-Nasser Salah Al-Din, which is replete with characters that have no origin and deliberate falsification of history and facts.

Eissa praised the idea of ​​establishing a center for Islamic-Christian studies in the Episcopal/Anglican Church, considering it a project of enlightenment that contributes positively to Egyptian thought.

The meeting concluded by taking memorial photos with the readers and attendees. 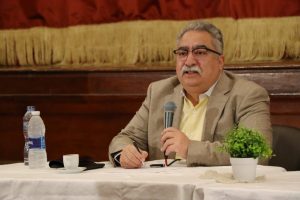 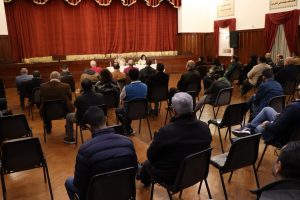 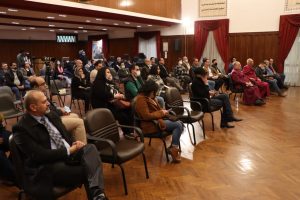 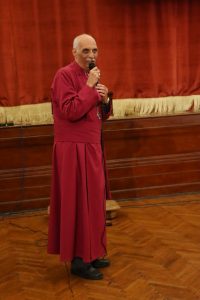 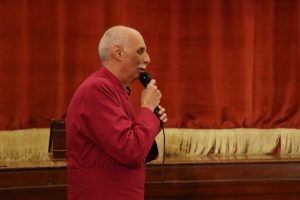 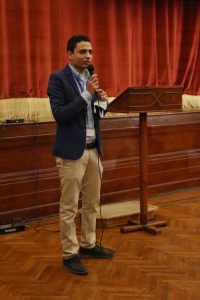 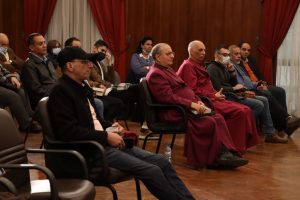 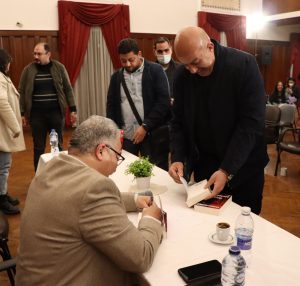 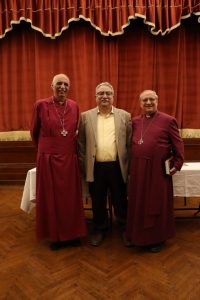 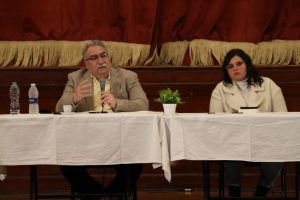 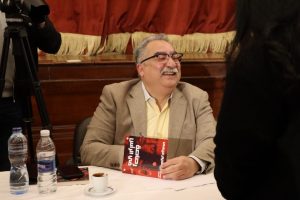 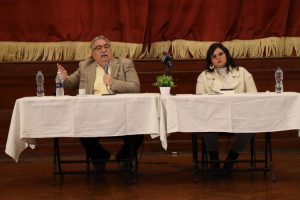 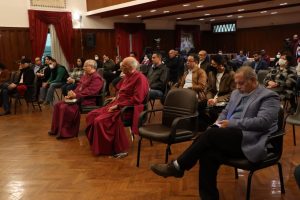 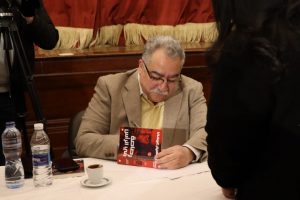 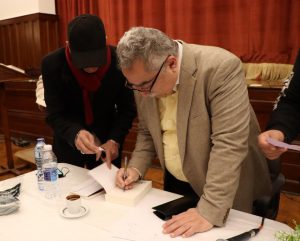