He participated in a meeting with the Federation of Episcopal/Anglican Churches.

Archbishop: Continued coordination with the “World Health Organization” regarding the Corona crisis

Dr. Muneer Hanna, Archbishop of Province of Alexandria of the Episcopal/Anglican Church in Egypt, participated in the meeting of the scientific committee emanating from the Federation of Episcopal/ Anglican Churches in the World, where it discussed the current situation of the Covid-19 epidemic.

The Episcopal/ Anglican Church stated in a statement today: The committee recommended contacting the World Health Organization (WHO) to find out the developments related to the vaccines that will be available in the market, in order to avoid rumors that question the safety of these vaccines.

The statement added: The committee also stressed the importance of all Episcopal/ Anglican Churches to preserve the environment through well-studied scientific policies, and it was decided that this would be discussed in an expanded manner in the near future.

On his behalf, Dr. Mouneer Hanna, Archbishop of the province of Alexandria, assured the Anglican Church of the region’s commitment to all the directives of the Federation of Anglican Churches and in coordination with the World Health Organization, indicating that precautionary measures continue to be followed in our churches.

The meeting was attended by Archbishop Dr. Mouneer Hanna, the Archbishop of New Zealand, the Bishop of Oxford, and a group of scholars from Oxford, Kenya, and South Africa. 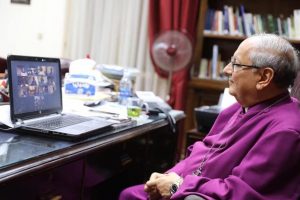 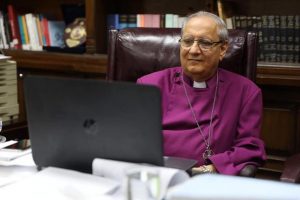 Gusour cultural Center is hosting a show “With stories, we break down barriers”