The Gusuor Cultural Center of the Episcopal/ Anglican Church in Egypt continues its various cultural and artistic activities as it completes the acting workshop for beginners led by trainer Essam Fayez, which was launched last Saturday with the participation of 21 trainees of young talents at the center’s headquarters in Zamalek

According to a statement issued by the Church today, the workshop aims to identify and try the tools of the actor, train on some improvisation and narration skills, and develop feelings for use in acting and push the ability to focus and creativity.

The workshop is presented by Issam Fayez, who is an actor, acting coach, and director who started his career as an amateur in 1990 in many independent theatrical productions.

In the same context, Gusuor Center concluded the activities of the seventh storytelling workshop for training in making personal stories writing and performing through some group or individual writing exercises and drama games, and nine trainees participated in it. 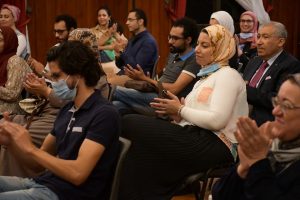 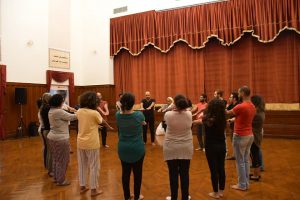 The Episcopal School prepares for the academic year by developing “distance education” technologies.