Gusour Cultural Center of the Episcopal/Anglican Church in Egypt participated in the 16-day campaign organized by the United Nations to confront violence against women by screening films dealing with this issue.

The Episcopal/Anglican Church said in a statement today that the center has organized screenings for a number of films, including out of the line(Barra el saf) , cloth doll (Arousa oumash), a box of dolls(sandouk aarays), and red nails(ahmaar dawafer) , in partnership with the Art for Development Association

Today, Gusour Center starts a contemplative decoration workshop, in order to get rid of stress and negative thoughts by using drawing

It is worth noting that the vision of the Gusour Cultural Center is to build bridges of love between all members of society with different cultures and backgrounds through art, music, and culture, as the Gusour Center hosts about 4,000 people annually.

The idea of ​​establishing Gusour Center came when the Episcopa/Anglican Church saw what the Egyptian people lived in the past years during the revolutions of 25 January 2011 and 30 June 2013 and how the people expressed their dreams of freedom, democracy, social justice, and decent living, but it passed through a period of violence, extremism and discrimination, and this period showed The importance of building the Egyptian human being and restoring the values ​​that prevailed in Egypt in the past, and the Church saw that it is its duty as a national institution to contribute as much as it can to the return of beautiful Egypt by strengthening the harmony between the people’s spectrum and the acceptance and respect of the other, as the Church found that arts, literature, and music are the language that unites People with different sects, it is a language that unites and does not differentiate. Hence the idea of ​​establishing the Gusour Cultural Center in the service building attached to the All Saints Cathedral to use arts, literature, and music to build bridges between members of society.

The center participates with a group of arts and culture pioneers in its activities, for example, Bibliotheca Alexandrina, the Cairo Celebration Choir, Awtar quartet, the Soft Power Production, the Light and Hope Society, the Children’s Storytelling Initiative, the Haddouti Initiative, Raise your voice (Aali soutak), The Digital Museum of Women, Cairo Collective Guitar Foundation, Dream of Light. 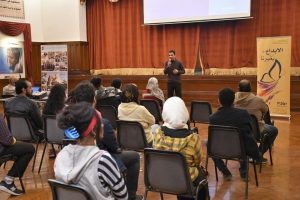 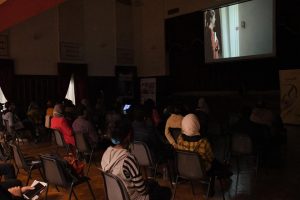 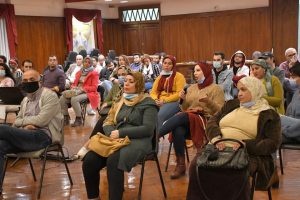