Today, it is scheduled to include two successive circles to observe social distancing, due to the spread of the Coronavirus, provided that the duration of each circle will be one hour, as the first circle begins at six in the evening and the second circle at half-past seven in the evening.

The idea of ​​establishing Gusour Center came when the Episcopal Church saw what the Egyptian people lived through in the past years during the revolutions, January 25, 2011, and June 30, 2013, and how the people expressed their dreams of freedom, democracy, social justice, and a decent life. However, they passed through a period of violence, extremism, and discrimination, and this period showed The importance of building the Egyptian person and restoring the values ​​that prevailed in Egypt in the past, and the Church saw that it is her duty as a national institution to contribute as much as it can to the return of beautiful Egypt by strengthening harmony among the people’s spectra and acceptance and respect for the other, as the Church found that arts, literature, and music are the languages that combine between Peoples of different sects, it is a language that unites and does not divide, hence the idea of ​​establishing Gusour Cultural Center in the service building attached to All Saints Cathedral to use arts, literature, and music to build bridges between members of society. 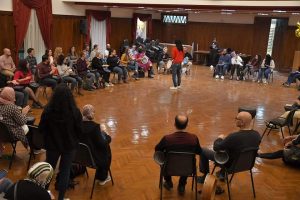 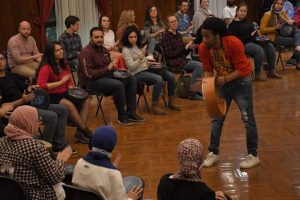 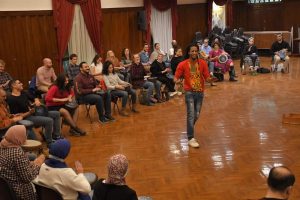 The Archbishop in a theological seminar: Pain occupied a great place in the thought of the Church Fathers