The gusour Cultural Center in Zamalek, affiliated to the Episcopal/ Anglican Church in Egypt, hosted the first concert of the Isis Amateurs String Orchestra, with the participation of Awtar Quartet, on Thursday at the All Saints Cathedral in Zamalek.

The Episcopal/Anglican Church stated in a statement that this concert is the culmination of an intensive workshop that extended over three months of training in collective playing within the stringed orchestra in its Western classical composition led by Khaled Saleh.

The first concert was held from 7 to 8 pm, followed by the second concert from 8:30 to 9:30, taking into account the precautionary measures and the spacing between the seats, as less than 50% of the capacity of the venue was used in each ceremony.

On his behalf, Bishop Mouneer Hanna, Archbishop of the Episcopal/Anglican Church, welcomed the attendees, stressing the church’s appreciation for the role of art and culture in rejecting extremism and violence, which is the principle that prompted the church to establish a bridge

It is worth noting that the vision of the Gusour Cultural Center is to build bridges of love between all members of society with different cultures and backgrounds through art, music, and culture, as the gusour Center hosts about 4 thousand people annually.

The idea of ​​establishing gusour Center came when the Episcopal/Anglican Church saw what the Egyptian people lived in the past years during the revolutions of 25 January 2011 and 30 June 2013 and how the people expressed their dreams of freedom, democracy, social justice, and decent living, but it passed through a period of violence, extremism, and discrimination, and this period showed The importance of building the Egyptian human being and restoring the values ​​that prevailed in Egypt in the past, and the Church saw that it is its duty as a national institution to contribute as much as it can to the return of beautiful Egypt by strengthening the harmony between the people’s spectrum and the acceptance and respect of the other, as the Church found that arts, literature, and music are the language that unites People with different sects, it is a language that unites and does not differentiate. Hence the idea of ​​establishing the gusour Cultural Center in the service building attached to the All Saints Cathedral to use arts, literature, and music to build bridges between members of society.

The center participates with a group of arts and culture pioneers in its activities, for example, Bibliotheca Alexandrina, the Cairo Choir celebration, awtar quartet, Soft Power Production, the Light and Hope Society, the Children’s Storytelling Initiative, the Haddouti Initiative, zatek, The Digital Museum of Women, Cairo Collective Guitar Foundation, and Dream of Light. 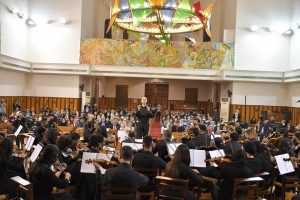 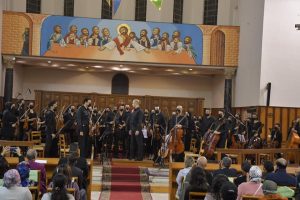 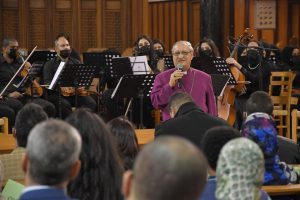 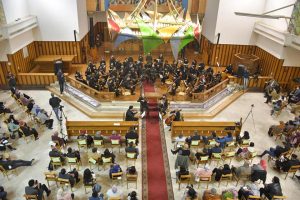 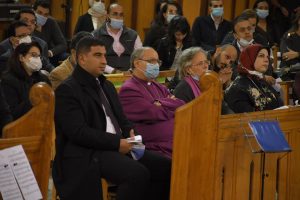