Dr. Samy Fawzy, Archbishop of the Province of Alexandria, expressed his deep concern about the intransigent Ethiopian position on the issue of the Renaissance Dam, as Ethiopia announced its intention to start the second filling of the reservoir without reaching a satisfactory agreement with the downstream countries, Egypt and Sudan.

Bishop said in a statement today: We announce our full support for the Egyptian leadership in the issue of the Renaissance Dam, stressing that the Episcopal/Anglican Church puts all its capabilities at the disposal of the political leadership during the coming period.

Fawzy stressed that the Episcopal/Anglican Province of Alexandria will continue its effective role in supporting the Egyptian leadership in the African Union and the Federation of International Episcopal/Anglican Churches, as the province includes under its presidency ten African countries.

Fawzi called on all his subjects to organize a day of prayer in order to solve the crisis of the Renaissance Dam and to raise prayers to God to support the Egyptian political leadership and to preserve the waters of the Nile, God’s gift to the people of Egypt

The Episcopal/Anglican Province of Alexandria had sent, months ago, a letter signed by the Archbishops of the Church in Africa declaring its concern about the Ethiopian intransigence. The letter was sent to the African Union and the Anglican Communion in the world. 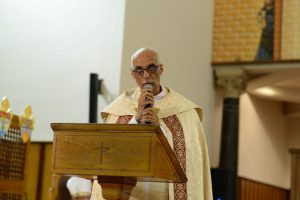