The EpiscoCare Foundation of the Episcopal/Anglican Church organized health awareness meetings in its community centers in Ain Shams and the Tawabek area in Giza, within the framework of the presidential initiative 100 million health for the examination and treatment of chronic diseases and early detection of nephropathy,

On his behalf, Dr. Maged Moussa, President of the EpiscoCare Foundation, said in a statement issued by the Episcopal/Anglican Church today: Health awareness meetings and free examinations were organized for the beneficiaries. As the health improvement program aims to raise the beneficiaries’ awareness of adopting sound health habits and support their access to free health services provided by various bodies.

The EpiscoCare Foundation for Social Services is the Samaritan arm of the Episcopal/Anglican Church in Egypt. The Foundation runs the development and social services centers and institutions of the Episcopal/Anglican Church in Egypt. In the year 2003, the Foundation was officially registered with the Ministry of Social Solidarity to support people with special needs and provide them with rehabilitation and education services, after the church noticed the shortage of these services in the city of Menouf in the Menoufia Governorate. 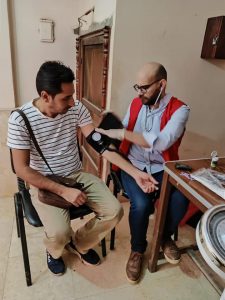 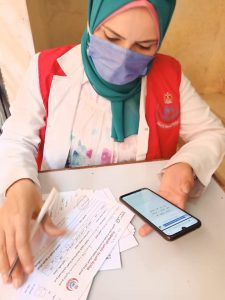 In the celebration of the Prophet’s birthday…