Archbishop: We pray for the growth of the Church of the Hearing impaired and for the expansion of service

In his homily, the Archbishop prayed that God would grant grace and strength to Reverend Clement in the service of the Hearing impaired, and to Deacon Harvey in his service at Menouf, adding: We need heavenly power from God to call a servant to do his work.

And the archbishop continued: The servant is called by God. The Lord pushes him, leads him, and confines him to serve the gospel if we do not move with the feeling that we are being pushed from heaven to serve the spiritual service to change people’s hearts.

It is worth noting that Deacon Clement Alphonse is the first ordained priest of the Hearing impaired in the Arab world for a church that was inaugurated specifically for the Hearing impaired, He attained the rank of deacon (assistant chaplain) in 2017 and the rank of a secular servant in 2009, where he sponsors the Church of the Deaf, whose attendance ranges from 100 to 150 people. He is married to an Egyptian woman and the father of three children. As for Deacon Joseph Harvey, he works in the Episcopal School in Menouf as a supervisor of the English Language Department.

He was ordained as a secular servant at St. Mark’s Church in Menouf last March, in addition to serving the youth of the church. 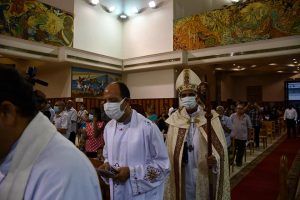 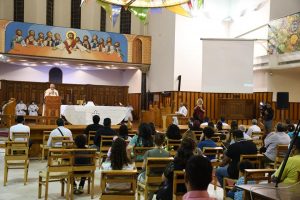 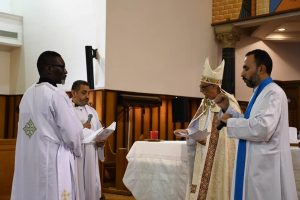 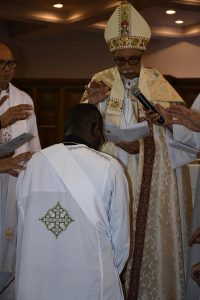 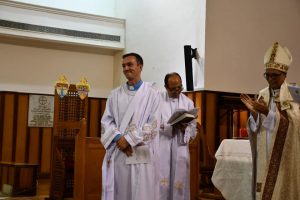 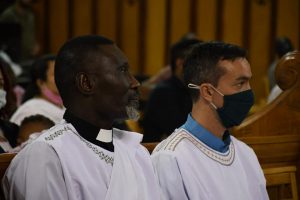 Archbishop: I am so happy when I see someone new in the church