Archbishop of the new Bishop: Prepare for building in the province of Alexandria

Dr. Samy Fawzy, Archbishop of the Episcopal/Anglican Province of Alexandria, commissioned Anthony Ball to become an assistant bishop in the Alexandria region, saying: Prepare for a new vocation with God and to build in the Alexandria region for the church, during the Divine Liturgy at All Saints Cathedral and in the presence of Dr. Mouneer Hanna, honorary Archbishop of the region, and Gareth Bailey, the British ambassador in Cairo.

During the liturgy, the Archbishop presented a sermon from the New Testament, in which he recounted the scene of Christ with the disciples on a fishing boat, saying: Christ sat on the boat, and it was a sign to open his mouth and teach his disciples about salvation. Then he said to Simon Peter, “Go into the depths.” It was a new invitation that required greater dedication and commitment.

The Archbishop explained: The best way to fish is to approach the shore and fish at night, but Jesus advised them to go into the depths and fish in broad daylight, and it was a new experience for them, adding: We often hear the word of God and bargain and instead of obeying the Lord we say: We toiled all night and did not reap something.

And the archbishop continued: Peter respected his master and loved Christ and did not let the experiences and fears of his friends or his fatigue prevent him from responding to Christ, adding: The Lord speaks to us as a church and as a congregation. He gently pushes us with his words and actions, so that we may rise a step, emphasizing: The disciples got much fish until their nets were cut

The Archbishop concluded: It is a new invitation to a new way of life, addressing his words to Bishop Anthony: Be ready for a greater commitment, a greater and deeper relationship with God, and a new life that the Lord has called you to build in the province of Alexandria

It is worth noting that Canon Anthony Ball graduated from the British University of Durham and later joined the diplomatic corps and worked in foreign positions in the Middle East and Spain, and during this period he has ordained a priest, and his last position was in Damascus, where he served as the envoy of the Archbishop of Canterbury to the heads of the Orthodox churches in Syria and Lebanon, in addition to his work at the British Embassy and as an Anglican chaplain.

From there, he moved on to join Archbishop Rowan Williams’ staff at Lambeth Palace, where he took charge of advising on ecumenical, religious, and international relations and is currently head of St Margaret’s Church. 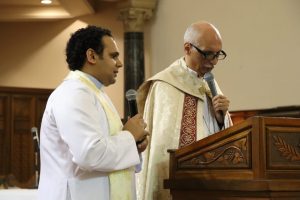 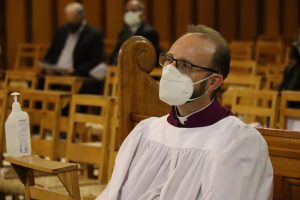 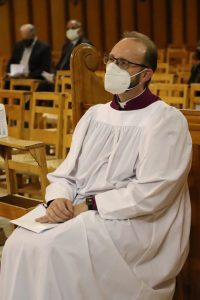 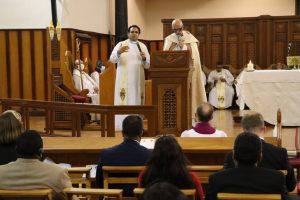 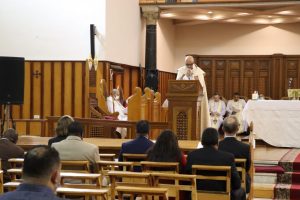